Collaborative work involving the College of Nursing, the College of Science/Department of Atmospheric and Earth Science, and the Unmanned Aircraft Systems Research Programs of the Rotorcraft Systems Engineering and Simulation Center is preparing the way for detailed studies on the health impact of daily variations of ozone levels in surface-level air. Supported by funding from the Office of the Vice President for Research, Dr. Susan Alexander and Professor Mike Newchurch purchased an unmanned aerial vehicle (UAV) and a portable ozone sensor to capture ozone measurements at altitudes of 0-122 m above the surface.

Manufactured in Huntsville by Emergent RC (a company recently purchased by Aegis Technologies), the UAV is currently equipped with a portable ozone sensor, a first person video (FPV) camera, and additional sensors to capture temperature, relative humidity, and barometric pressure (Figure 1). Weighing 7.7 pounds, the UAV is capable of reaching speeds up to 40 mph, with a maximum climb rate of 6.0 m/sec, and can withstand windspeeds up to 18 mph (8 m/s). In addition to the ozone and weather sensors, the UAV can accommodate additional instruments, depending upon their size and weight, with a maximum payload capacity of roughly 12 pounds (5.5kg).

After a campus test flight for the UAV, nicknamed Deep Breath, the kickoff launch took place November 23, 2020, at Merrimack Sports Complex in Huntsville (thanks to the City of Huntsville). The UAV team includes Casey L. Calamaio, Research Engineer in the Rotorcraft Systems Engineering and Simulation Center, Paula Tucker, M.S. candidate, and Todd McKinney B.S. candidate. (Figure 2). The team completed four 20 to 25-minute flights over 7 hours. In reviewing ozone measurement collected during the flights, the UAV team noted marked horizontal variations of ozone concentrations at 40-65 m in altitude during all three flights (Figure 3). The horizontal variation in ozone concentrations was an unanticipated finding that the team continues to investigate.

While associations between elevated average ozone levels and adverse health effects upon multiple body systems have been described, less is known about the impact of short-term variability in ozone levels upon human health. The high-resolution air-quality measurements generated from field campaigns using the UAV and its sensors will improve our understanding of ambient air quality in the boundary layer and the effects of reduced air quality on vulnerable populations’ health. The team’s next steps for future work will include conducting the same data collection process locally during seasons when ozone levels are higher than average (April- October). 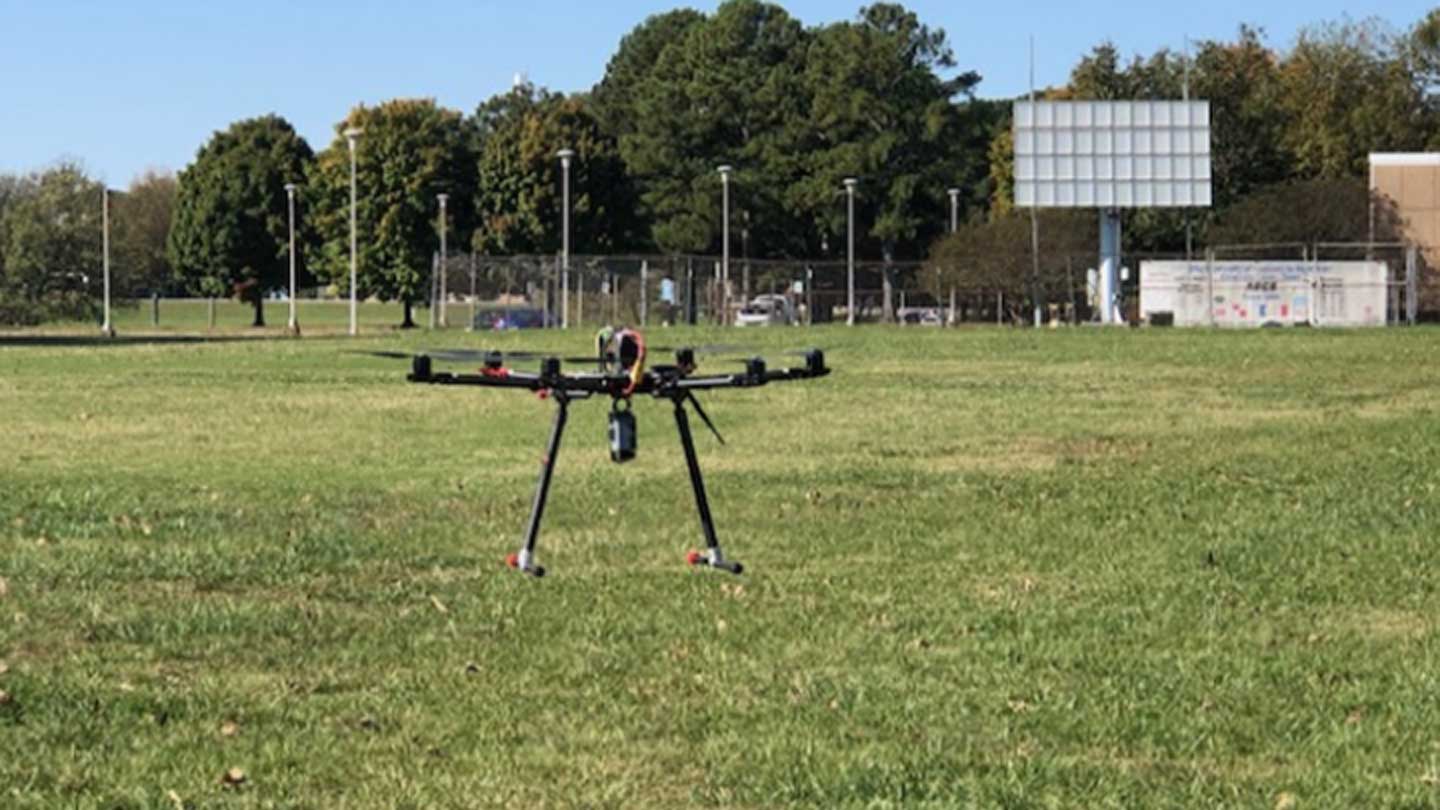 Figure 1. UAV Deep Breath in the air during test flight on campus. 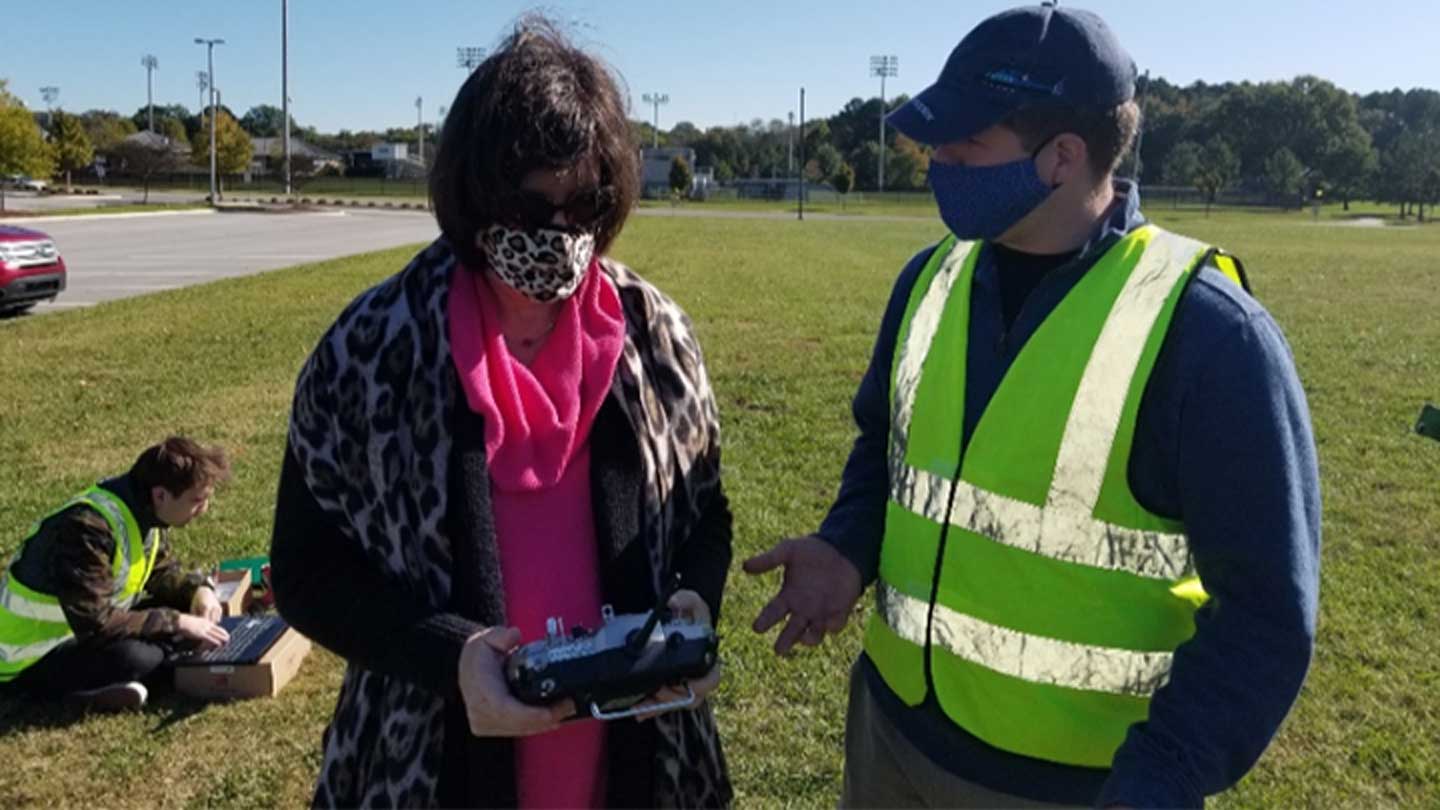 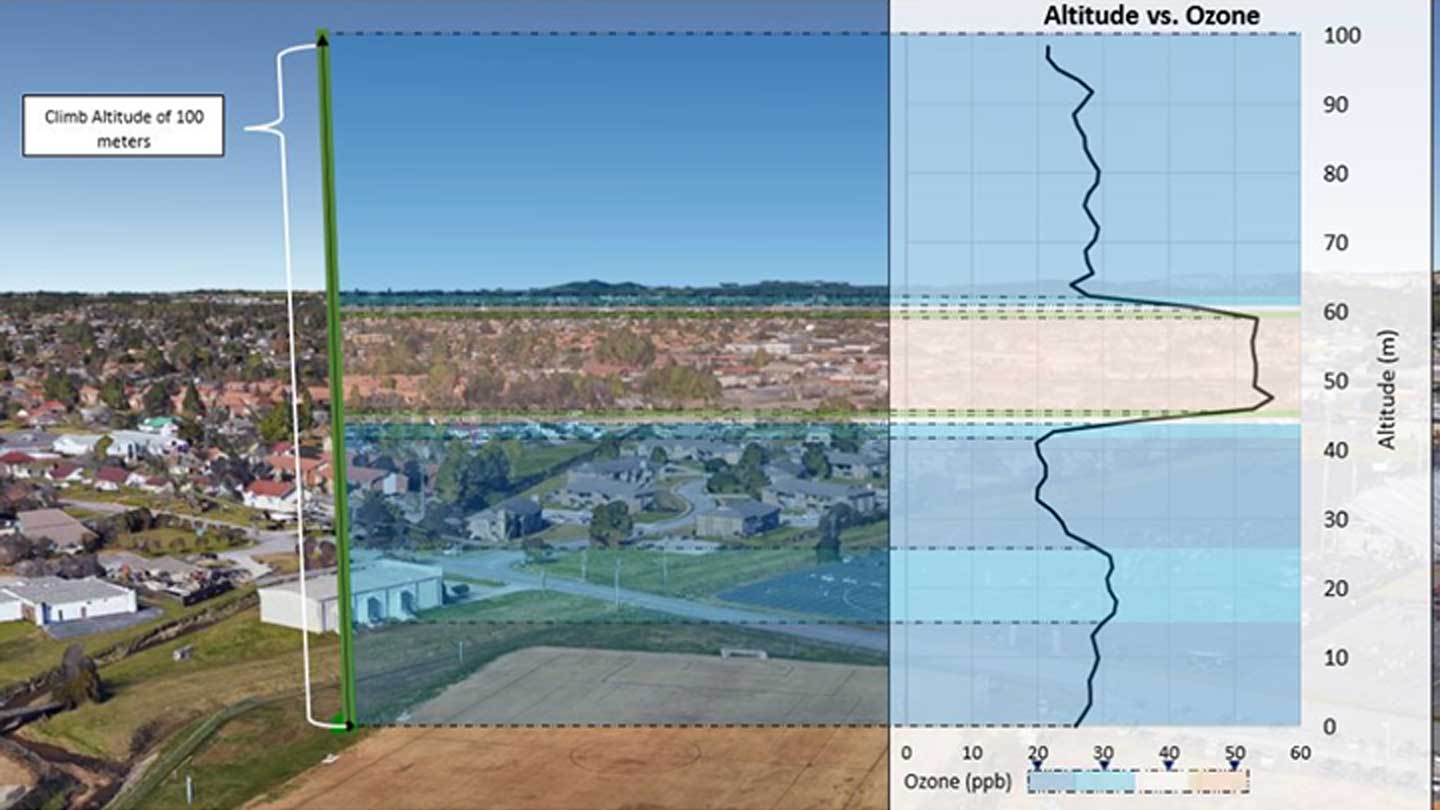