The UAH Rise Program: Our Beginning 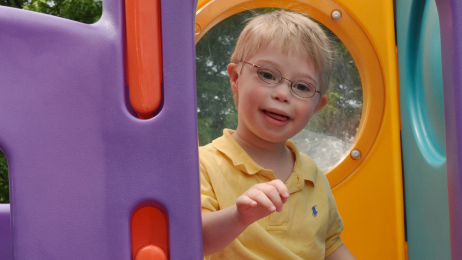 The inspiration for the UAH RISE Program began in the spring of 2009. A local family began to search for a preschool to enroll their 18-month-old son who was born with Down syndrome. Unfortunately no school they approached in the metropolitan area would accept their son to learn alongside his "typical" peers, a phrase to describe children not identified with any particular special need.

Each school identified to the family they were not "set up" to handle children with special needs; however, they would admit him to a class according to his development, not his chronological age. Unwilling to accept this limitation, the family sought out a preschool that would afford their son the best educational opportunity possible.

This search led them to the RISE Program at the University of Alabama. The school, which has been in operation over 30 years, is an accredited award-winning center of learning excellence whose model is based on integrating children with special needs alongside their typical peers. After visiting, they made the difficult decision to move their family to Tuscaloosa so that their son could attend RISE.

Meanwhile, they recognized that no child should be turned away from preschool because of a disability and decided to begin fulfilling the vision that Huntsville should also have a RISE Program. They soon partnered with a special education teacher who also recognized the limited services for children with special needs. Together they formed a board of directors and began the process of bringing the RISE model to Huntsville.

With the support and enthusiasm of a dynamic board of directors they were able to raise the money to open the doors January of 2013 with their first classroom inside Trinity Methodist Church. In August 2013, RISE of Huntsville found a more permanent place to call home on the campus of The University of Alabama in Huntsville. In October of 2014, the UAH RISE Program became an official service and outreach unit of the College of Education.