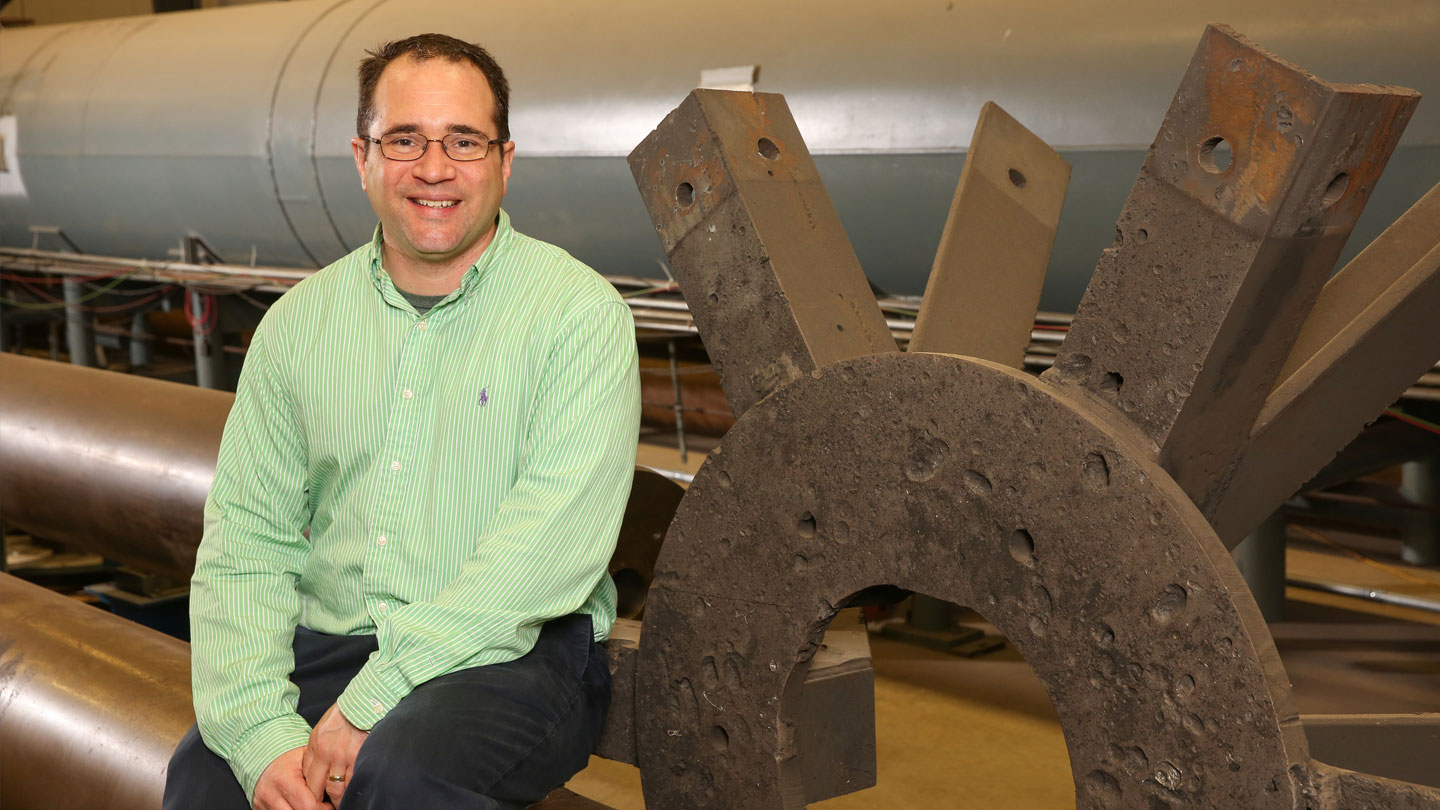 Dr. Jason Cassibry is an associate professor in the Department of Mechanical and Aerospace Engineering and is also affiliated with the Propulsion Research Center at The University of Alabama in Huntsville, a part of The University of Alabama System. During his career, he has dedicated over 18 years to studying propulsion systems, magneto-inertial fusion, and numerical modeling using a technique called smooth particle hydrodynamics. Within that time, he spent almost twenty years working in numerical modeling of magneto-inertial fusing and electric propulsion. His research includes the theoretical and experimental study of magneto-inertial fusion used in advanced propulsion for interplanetary space travel and terrestrial power. Dr. Cassibry is also the Principal Investigator of the Charger Advanced Propulsion and Power (CAPP) laboratory, studying z-pinch fusion of lithium deuteride, and pulsed magnetic nozzles.

Over the course of his career, Dr. Cassibry has witnessed several major trends which significantly impacted the aerospace engineering industry. The first major shift occurred in 2011 when NASA retired the space shuttle program, which forced American astronauts to rely on Russian rockets for space transportation. Soon after the shuttle retirement, NASA began developing the heavy-lift Space Launch System (SLS) designed to travel to the moon and Mars.

“As a professor, I could see a clear growth in enrollment, which appeared to be a direct correlation.” The second major shift was initiated by the significant growth in private space companies and launch capabilities. In the race to commercialize space travel, interest in the aerospace engineering field increased substantially. “Companies like SpaceX have inspired many kids to pursue careers in STEM, especially aerospace engineering. Our department has grown from about 300 students when I began to over 1,500 currently.” 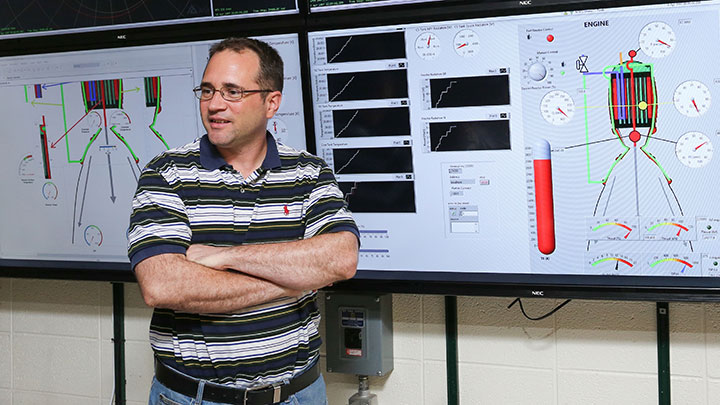 Dr. Jason Cassibry looks over some analyses in the systems simulation lab.

Throughout his career, Dr. Cassibry received numerous awards including, UAH Outstanding Faculty Member of the Year for the College of Engineering (2021), AIAA Best Paper by the AIAA Nuclear and Future Flight Propulsion Technical Committee, AIAA 2014-3520 “Developing the Pulsed Fission-Fusion (PuFF) Engine" (2nd author, 2014), SciQuest Quest for Excellence Award in the Area of Academia (2013), Konrad Dannenberg Educator of the Year Award in recognition of outstanding contributions in research (2010), and UAH Outstanding Junior Professor for the College of Engineering (2010).

He has co-authored and authored more than thirty-five technical papers based on his expertise in fusion propulsion, electric propulsion, smooth particle hydrodynamics, magnetohydrodynamics, and aerothermodynamics. He has also been invited to share his expertise as a keynote and guest speaker at numerous technical symposiums and events including the IEEE International Conference on Plasma Science, NASA Missouri Space Grant Consortium, and the Sandia National Laboratory Technical Seminar.

I believe the most important things we do are not the great discoveries or inventions, but what we do for others. Professionally, training students to enable them to have fulfilling and high-paying jobs in fields for which they have passion is perhaps the most valuable thing I do as a professor.

Despite his impressive resume, Dr. Cassibry’s greatest accomplishments do not stem from his research endeavors, but from mentoring and encouraging his students. “[My greatest accomplishment] is successfully chairing and graduating twenty-six advanced degree students, including nineteen Masters and seven Ph.D. students. I believe the most important things we do are not the great discoveries or inventions, but what we do for others. Professionally, training students to enable them to have fulfilling and high-paying jobs in fields for which they have passion is perhaps the most valuable thing I do as a professor.”

Dr. Cassibry teaches Hypersonic Aerodynamics for UAH Professional Development Solutions. If you are interested in learning more about the course, visit PDsolutions.uah.edu/Hypersonic.