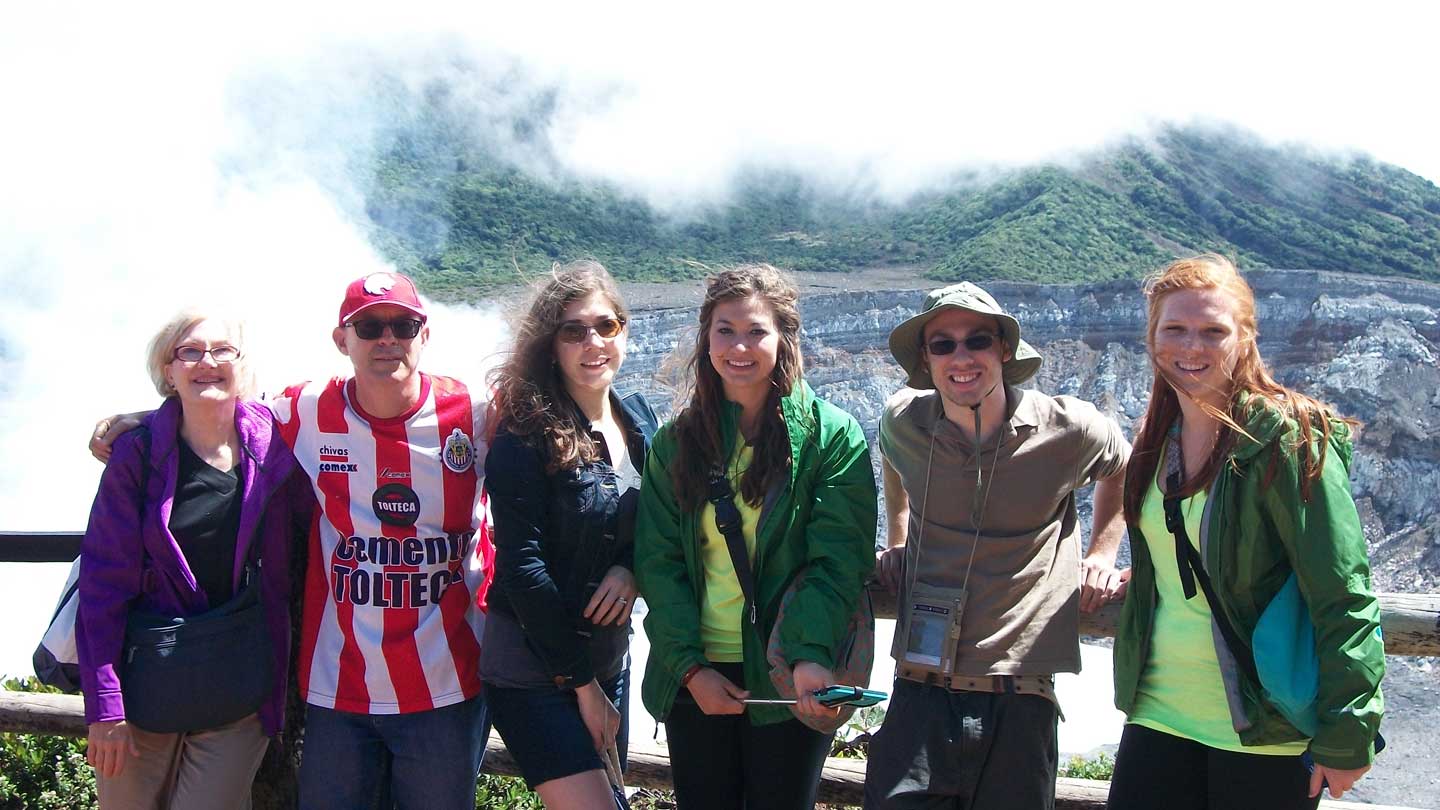 During their month abroad (May 9-June 6, 2015), students lived with host families in the suburban neighborhood of San Lorenzo, near Heredia in Costa Rica’s lush Central Valley. On weekdays mornings they attended class at the Universidad Nacional (National University) and participated in afternoon and evening cultural activities such as movie nights, salsa dance lessons, cooking classes, and conversation practice with a native student. Before leaving and on arrival, they were provided with both general and specific orientations. The program also included welcome and farewell dinners. During their first weekend the group traveled to the nearby capital city of San José to visit museums and a craft market. Students were able to participate in optional weekend excursions to visit the natural beauty for which Costa Rica is well-known: volcanoes, waterfalls, hot springs, rain forest, and beaches. Other optional activities included white water rafting, horseback riding, and zip lining.