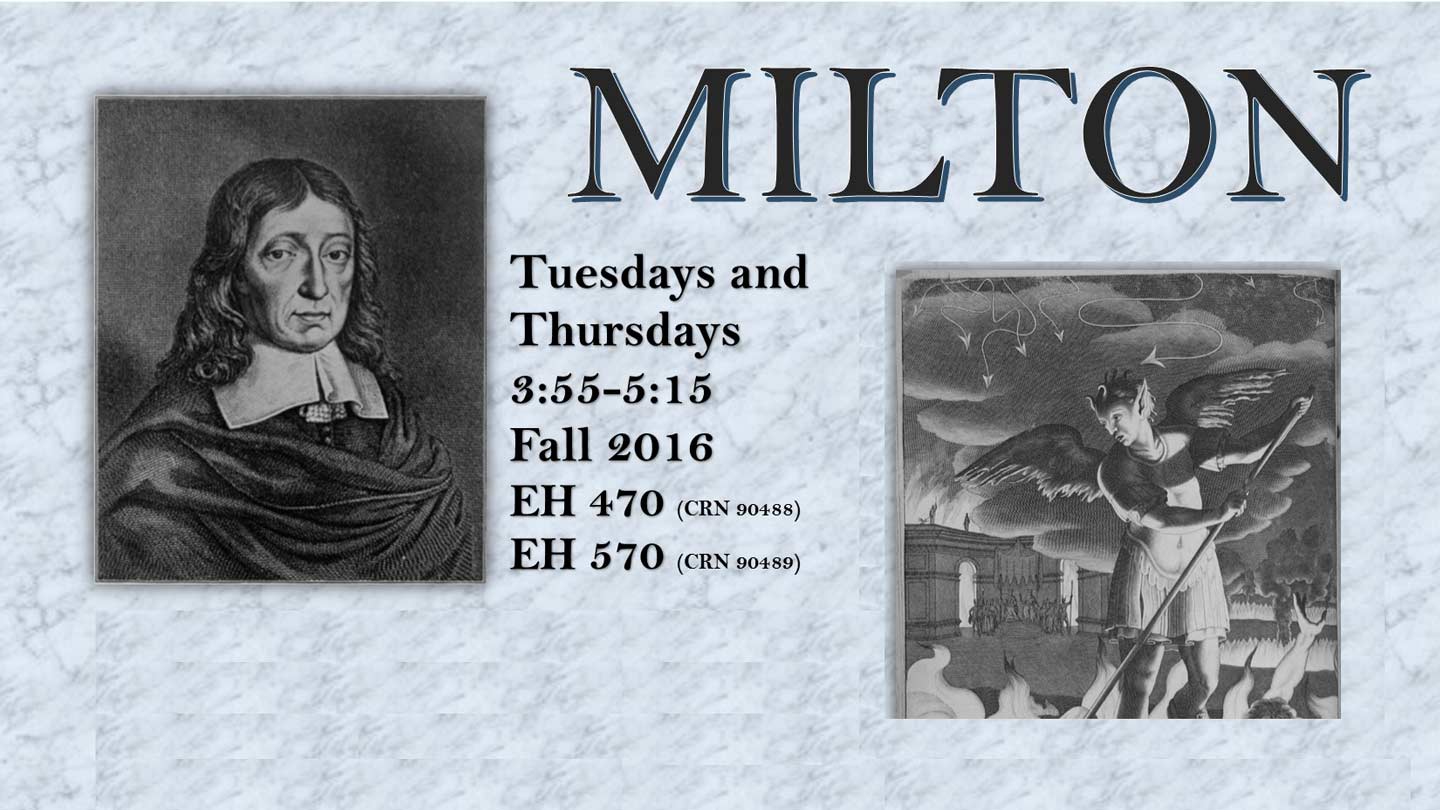 Taught by Dr. Balla, this course will introduce you to the work of John Milton (1608-1674), English poet, polemicist, and chief spokesperson for England as God's chosen nation. We will read some of his early poems (including the provocative pastoral elegy Lycidas), selected prose (such as Areopagitica, Milton's argument for freer speech; The Doctrine and Discipline of Divorce, the earliest call for divorce on the grounds of mental incompatibility and The Tenure of Kings and Magistrates, a justification of rebellion against unfit monarchs). We will also read some of his later poetry, including Samson Agonistes, his dramatic inquiry into whether religious violence is justified, and finally, all of the Christian epic Paradise Lost. As we read and discuss these texts, we will explore the development of his thought and art, focusing on how literary form and historical context energize his work. We will also engage in close and comparative analysis of texts, and begin to consider the insights of recent criticism.