Devin Townsend is a communication art student whose research focused on the Jazzland Amusement Park in New Orleans as an artifact of interest and an example of the type of symbol described in Symbolic Convergence Theory. Under the direction of Dr. Watson, Mr. Townsend utilized oral testimony from the residents of New Orleans and videography to demonstrate how this site is in a liminal state; it is a site of “in-betweens” where people are framing the history of what occurred there in the aftermath of hurricane Katrina. This project is expected to result in the production of a documentary film entitled Jazzland: Absent Yet Present.

Caitlin Hendrick’s research focused on the history of the land now known as the UAH campus. As an art student, the purpose of her project was to create a virtual reality (VR) experience for viewers demonstrating the evolution of the landscape through time. This multiphase project resulted in 3D models of current buildings on the north side of campus and earlier stages before more recent renovations. This project is intended to continue with a geologic timescale of the earth at the UAH campus site. The final product will allow viewers in a fixed location in space to see the environment and fast forward or rewind to experience what the landscape was and how it changed through time. 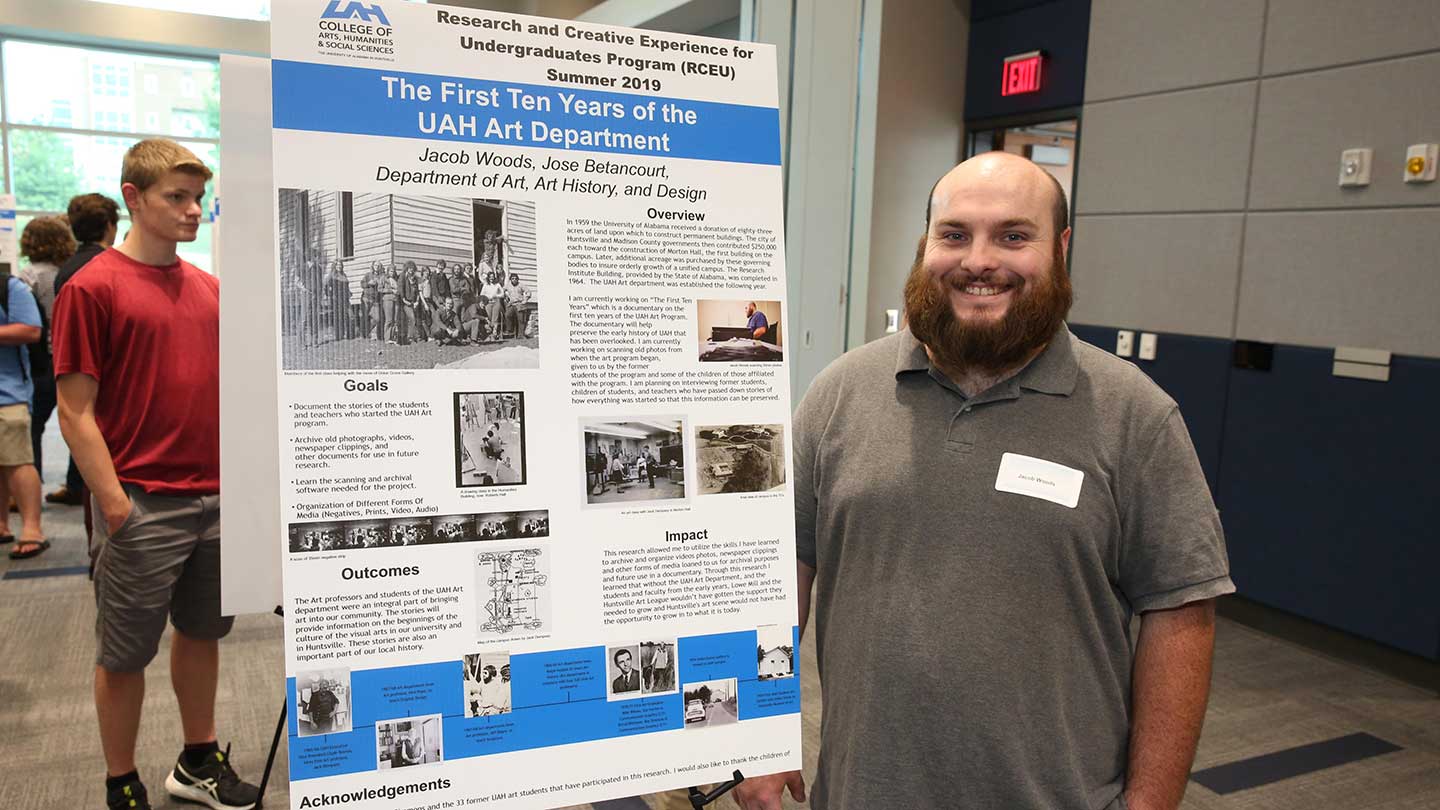 Jacob Woods an art student, did research on the development of the UAH art department. He combined oral history from 33 former UAH art students with audio, video, and print media for the purpose of creating a documentary. This film when completed will offer a timeline of events about the early years when UAH first began to offer a creative art program. The film will provide viewers a historical perspective on the integral role UAH played in expanding the visual arts in the Huntsville community.