NASA in the South Symposium

The purpose of this symposium is to examine the economic, social, and political impact NASA has had on the South over the past 60 years and to explore how that southern ‘accent’ has affected the development of NASA’s organizational culture, technology development, and programmatic goals.  It is jointly sponsored by the NASA Marshall History Office and the UAH History Department with generous funding from the UAH Humanities Center.  Events are free and open to the public.  See https://www.nasa.gov/centers/marshall/history/nasa-in-the-south-symposium.html

NASA in the South Symposium

On March 28-29, 2019, the NASA Marshall Space Flight Center History Office and the University of Alabama Huntsville (UAH) History Department will host a symposium at UAH addressing the impact of NASA on the southern United States. All sessions are free and open to the public. No separate registration is required.

Dr. Robert A. Altenkirch, President of The University of Alabama in Huntsville

Douglas Brinkley is the Katherine Tsanoff Brown Chair in Humanities and Professor of History at Rice University, the CNN Presidential Historian, and a contributing editor at Vanity Fair.  He works in many capacities in the world of public history, including on boards, museums, colleges and historical societies. The Chicago Tribune dubbed him “America’s New Past Master”.  The New-York Historical Society has chosen Brinkley their official U.S. Presidential Historian.  His recent book Cronkite won the Sperber Prize while The Great Deluge:  Hurricane Katrina, New Orleans and the Mississippi Gulf Coast received the Robert F. Kennedy Book Award.   He has received a Grammy Award for Presidential Suite and seven honorary doctorates in American Studies.  His two-volume annotated The Nixon Tapes recently won the Arthur S. Link – Warren F. Kuehl Prize.  He is a member of the Century Association, Council of Foreign Relations and the James Madison Council of the Library of Congress.  He lives in Austin, Texas with his wife and three children.

James R. Hansen is a professor emeritus of history at Auburn University. A former historian for NASA, Hansen is the author of twelve books on the history of aerospace and a two-time nominee for the Pulitzer Prize in History. His 1995 book Spaceflight Revolution was nominated for the Pulitzer by the National Aeronautics and Space Administration, the only time NASA ever nominated a book for the prize. He serves as co-producer for the upcoming major motion picture First Man, which is based on his New York Times bestselling biography of Neil Armstrong. Hansen lives in Auburn, Alabama.

Raja Roy, New Jersey Institute of Technology
Co-evolution of Socio-economic and Technological Bottlenecks in the Genesis of the Space Shuttle

Michael Manasco, University of Alabama Huntsville
"It's (not) all online”: Salmon Library's critical role as NASA SP Preservation Stewards for the GPO

Diane McWhorter
Moon of Alabama: From the Third Reich to Tranquility Base, via the Segregated American South

Diane McWhorter is the author of Carry Me Home: Birmingham, Alabama—The Climactic Battle of the Civil Rights Revolution, which was published by Simon & Schuster in March 2001 and reissued with a new Afterword in 2013. It won the 2002 Pulitzer Prize for General Nonfiction, the J. Anthony Lukas Book Prize, the Southern Book Award for Nonfiction, the Sidney Hillman Foundation Award, the Clarence Cason Award, the Horace Mann Bond Book Award from Harvard University’s W.E.B. Du Bois Institute, and the English-Speaking Union Ambassador Award. In addition to being a New York Times Notable Book for 2001 and a Washington Monthly Political Book of the Year, Carry Me Home was on the “best books of the year” lists of The Los Angeles Times, The Chicago Tribune, Newsday, Publishers’ Weekly, Library Journal, The St. Louis Post-Dispatch, and others. In 2011, Time named Carry Me Home, which had been one of its 10 Best Books of 2001, to its list of the 100 best nonfiction books published since the magazine’s founding, in 1923.

Roger D. Launius is Principal of Launius Historical Services. Between 2002 and 2017 he worked in several positions at the Smithsonian Institution’s National Air and Space Museum in Washington, D.C., most recently as Associate Director for Collections and Curatorial Affairs. Between 1990 and 2002 he served as chief historian of the National Aeronautics and Space Administration. During at 35-year career as a U.S. government historian, he has been involved in many issues relating to public history and the history of aerospace technology. He has written or edited more than thirty books on aerospace history, most recently The Smithsonian History of Space Exploration: Discoveries from the Ancient World to the Extraterrestrial Future (Smithsonian Books, 2018), NASA Spaceflight: A History of Innovation (Palgrave Macmillan, 2018), and Historical Analogs for the Stimulation of Space Commerce (NASA, 2014). His forthcoming book, Apollo’s Legacy: The Moon Landings in Perspective (Smithsonian Books, 2019), focusing on the meaning of Apollo after fifty years.

Stuart Simms, University of Kentucky
“Fire in the Bucket”: Mississippi Test Facility, Its Post-Apollo Transformation, and Its Impact on Local Residents

Stephen Waring 256-824-6310 This email address is being protected from spambots. You need JavaScript enabled to view it. 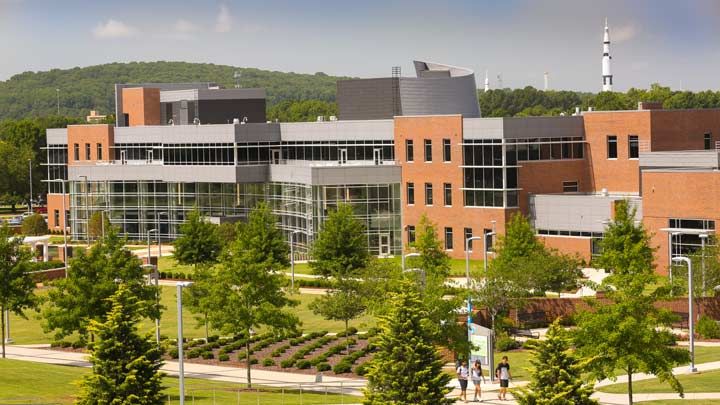