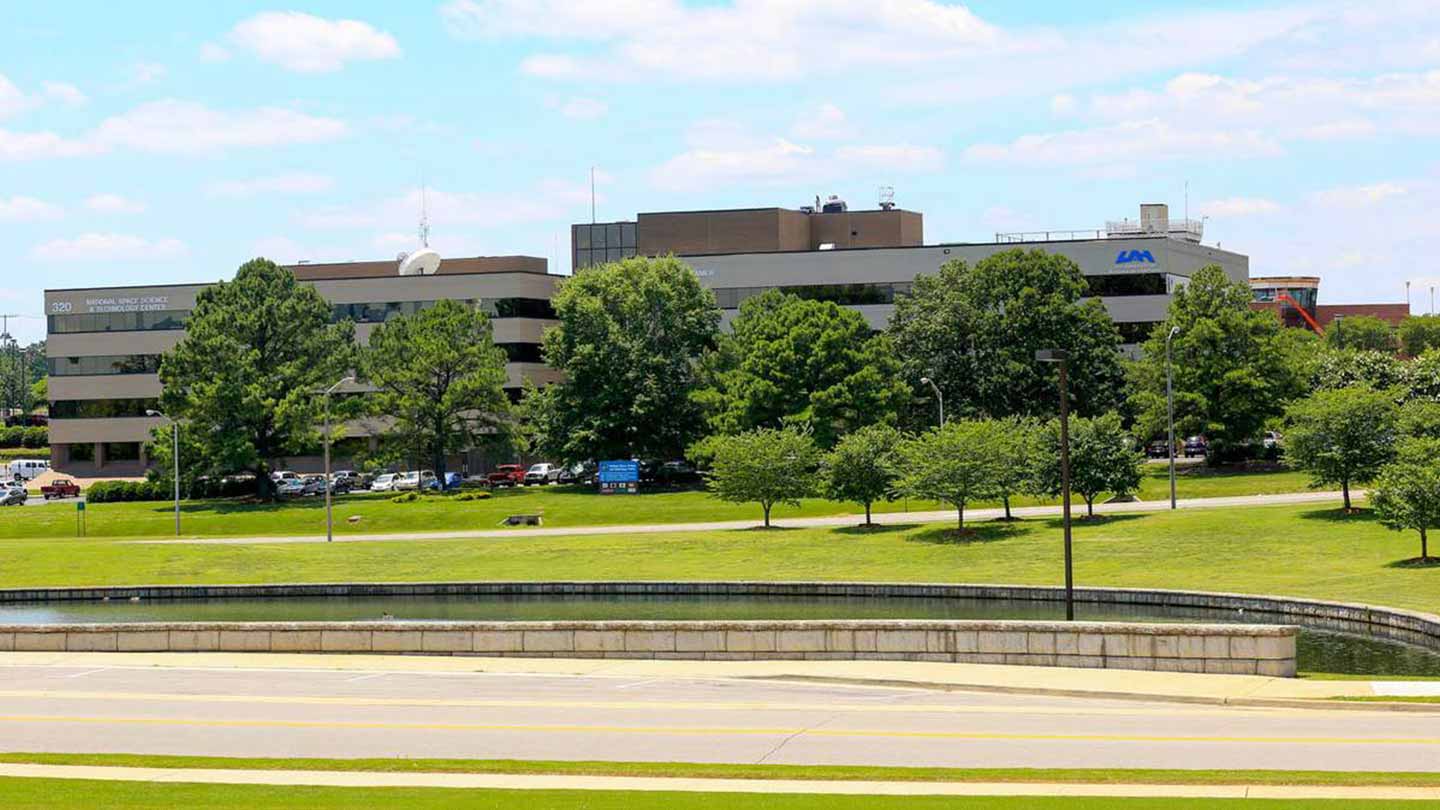 This year's recipients of the Dr. Adriel D. Johnson Memorial Fellowship (ADJF) are Mariama Feaster, Anthony Thornton and Michael Smith. Each scholarship will be 50% funded through a Graduate Research Assistantship (GRA), thanks to the auspices of the Dr. Adriel Johnson Memorial Fellowship, NASA and other partners in Cramer Research Hall. The remaining 50% support is through grant funding as provided by AES Department faculty and NASA Marshall Space Flight Center scientists, who will also serve as the student's academic advisors.

The ADJF was established in memory of the late Dr. Adriel D. Johnson, Associate Biology Professor in the College of Science at UAH. Dr. Johnson inspired students to seek science as a career and encouraged them to excel in engineering and math. The scholarship is intended to support students attending UAH, with preference to those who are academically strong and are pursuing a degree in Biology. The scholarship is renewable for up to three additional years. Recipients must maintain a full-time course load each semester, complete a total of 24 credit hours each academic year and maintain a cumulative GPA of 3.0 or higher to be eligible for renewal.

"The AES Department has had several prior ADJF scholarship recipients in recent years," Dr. Mecikalski says. "What typically happens is they fund one student fulltime, but this time they gave these three students partial scholarships to extend their reach. The 50% scholarship will give these three students an excellent start in the master's degree studies. We have enough active research programs in our building that we are actually able to support around 45 students in our GRA program right now."

This recent influx of HBCU graduates into the department has not come about by chance, but instead derives from the efforts of two department faculty members willing to literally go the extra mile to recruit promising scholars from HBCU institutions.

"The AES department has been active over the past two years in building relationships with HBCUs, recruiting students and increasing the diversity of UAH programs," says Dr. Robert Griffin, Associate Dean, College of Science, Atmospheric Science Department. "This is a great highlight and early outcome of these efforts."

Dr. Mecikalski agrees. "Rob Griffin and Ryan Wade [AES Lecturer] in our department have been doing regional trips to different HBCUs around Alabama and the surrounding states," he says. "For two to three separate days they made these long road trips to the schools this past spring to pitch our department, telling them, 'This is what we offer.' They have been doing this for a while, and they found these three students. We're always encouraged to seek out underrepresented students, and so this has been a project for them, taking the lead in saying we really have to engage with these groups more. It has been a concerted effort on their part."

The AES Department takes great pride in promoting diversity and looking for new ways to recruit from new and often untapped sources. "Approximately fifty percent of our graduates and undergraduates are female, and we have always been very diverse," Dr. Mecikalski notes. "But we did the extra homework to reach out to these HBCUs and underrepresented groups."

In addition, each year at the annual American Geophysical Union Fall and American Meteorology Society conferences, robust graduate student recruiting efforts are made, which complement the HBCU-focused activities.

Going the extra mile through these recruiting trips has not only uncovered promising newcomers to the program, but has also generated word of mouth between schools that potentially will reap benefits for years to come.

"I think oftentimes what happens with UAH is that we establish these links around the country on word of mouth, with other examples being the University of Missouri in Columbia, Valparaiso University and Millersville University," Dr. Mecikalski says. "We get one or two initial students, and they would then tell several more of their prior classmates, and it ultimately becomes a self-recruiting type of thing."

The entire AES department continues plugging away during COVID-19, turning out new graduates and making important contacts wherever they can. One thing is virtually certain: these students won't lack for employment when they reach the end of their academic roads.

"The hiring rates for students who depart our program with a masters in either Atmospheric Science and Earth Systems Science is upwards of 80-90%," Dr. Mecikalski points out. "I would expect that these three students will follow that same path, go into the National Weather Service, private sector research, or some other technical job like that."

The pipeline to regional HBCUs will remain fertile grounds for placing talented scholars.

"These are terrific students, and the fact that three are coming this year is emblematic of how the AES Department is trying to build a more diverse and inclusive graduate student body," Dr. Griffin says.