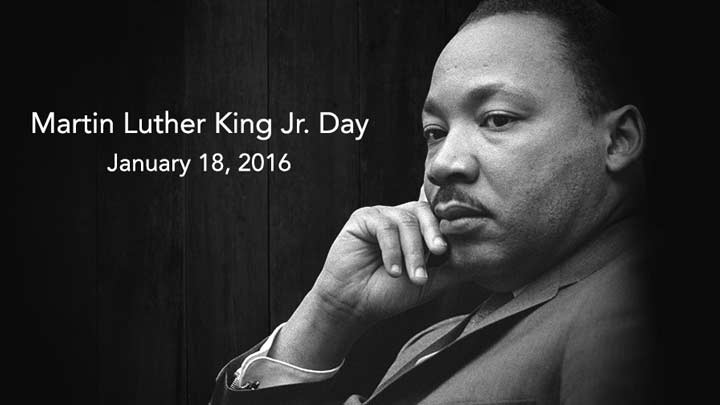 "Refusing to accept being mediocre" has carried Latasha L. McCrary ('05 BA Political Science, Sociology), an alumna of The University of Alabama in Huntsville (UAH) a long way in her highly successful legal career.

A civil rights attorney, experienced in criminal defense law at the internationally renowned Southern Poverty Law Center (SPLC) in Montgomery, McCrary will give the keynote address at the annual UAH Dr. Martin Luther King, Jr., Commemoration Program on Thursday, Jan. 14. The SPLC is a non-profit legal advocacy organization that investigates hate groups in the United States and abroad, and specializes in civil rights and public interest litigation.

The program is sponsored jointly by UAH's Office of Multicultural Affairs and the Office of Diversity. The program will begin at 4 p.m. in the UAH Conference Training Center (formerly the University Center Exhibit Hall). The university community is encouraged to attend. The event is free and open to the public. A reception will immediately follow the program. Additional sponsors for McCrary's visit include the UAH College of Arts, Humanities, and Social Sciences, and the Minority Graduate Student Association.

At the SPLC, McCrary is not only one of the youngest criminal defense lawyers on staff - she is also the only attorney from the state of Alabama to ever work for the organization. "Both Morris Dees (chief trial counsel), and Joseph Levin (legal director) are from Alabama and graduated from The University of Alabama (UA) School of Law, but no Alabama attorneys were ever hired to work at the SPLC before I joined the staff in July 2014," McCrary said.

My UAH CAHS professors provided me with a supportive learning environment and challenged me to reach my full potential. No one allowed me to just be average. Refusing to accept being mediocre has carried me a long way in life.

Born and raised in Madison County, she graduated from Hazel Green High School. McCrary earned a Bachelor of Arts degree from UAH in May 2005, double majoring in Political Science and Sociology. Initially, an art student attending The University of Texas at Arlington on a merit-based scholarship, McCrary easily whittled away at her prerequisite courses, while eliminating elective class offerings in the fields of law and political science. "I discovered quickly the best professors were in law, and those courses really stimulated my interest." McCrary changed her major, and she and her infant daughter, Charisma returned to Huntsville for family support in completing her college education.

McCrary's enthusiasm, motivation and confidence greatly impressed faculty members in the College of Arts, Humanities, and Social Sciences (CAHS, formerly the College of Liberal Arts). She received the 2005 award for highest academic achievement in the Department of Political Science. During her senior year at UAH, McCrary successfully completed an internship at a local law firm and was admitted to the UA School of Law.

"I remember Latasha well as a serious, curious, hard-working student and an extremely intelligent young woman. It surprises me not in the least that she would end up working in public interest law on behalf of our fellow citizens in need," said Dr. Mitch Berbrier, UAH Dean of CAHS, and Professor of Sociology.

McCrary said many UAH professors influenced her career. She vividly remembers the late Dr. Roy Meek, Department Chair and Professor of Political Science. "Dr. Meek taught the Civil Rights' course during my time at UAH. The classes that I took on constitutional law and civil rights are what steered me to law school. Dr. Meek, in addition to other CAHS professors provided me with a supportive learning environment and challenged me to reach my full potential. No one allowed me to just be average. Refusing to accept being mediocre has carried me a long way in life." 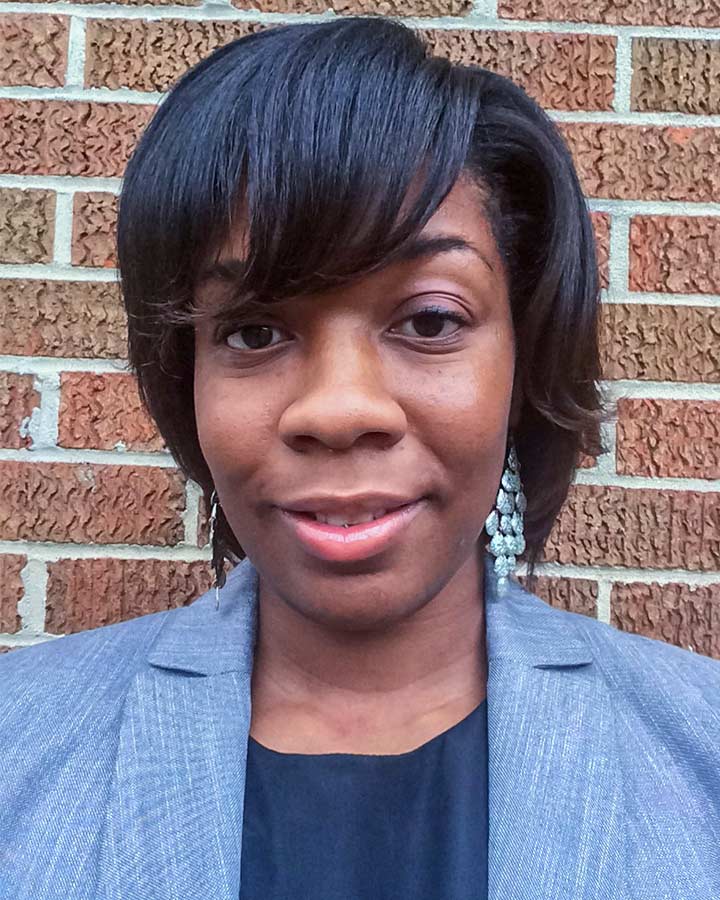 After graduating from law school McCrary worked as a volunteer attorney for Legal Services of Alabama in Huntsville and for the Office of Chief Counsel at Marshall Space Flight Center. She maintained a general law practice in Huntsville from October 2009 until June 2014. McCrary's practice covered many areas, she primarily focused on criminal law, and practiced at both the state trial and appellate levels.

The circumstances of McCrary's employment at the SPLC can only be described as divine. She readily admits that she knew very little about the SPLC's world-renowned work fighting hate and racism. While attending the Alabama State Bar's Leadership Forum in Montgomery two years ago, McCrary crossed paths with New York Times best-selling author Laurence Leamer in the hotel lobby. The two began a discussion about a book McCrary was reading and eventually the conversation included her legal work in Huntsville. Leamer was in Montgomery to interview SPLC co-founder Morris Dees for the upcoming book, The Lynching: The Epic Courtroom Battle That Brought Down the Klan (June 2016).

Leamer is the author of more than 10 best-selling books including Reagans, Make-Believe: The Life of Nancy and Ronald Reagan, King of the Night: The Life of Johnny Carson, and The Price of Justice: A True Story of Greed and Corruption. Additionally, Leamer was on the writing staff at Newsweek, and has written for The New York Times Magazine, Harper's, Playboy and many other publications.

McCrary's talk with Leamer so impressed him, that he ended the conversation by strongly encouraging her to seek employment at the SPLC.

"He said that he was very impressed by my conversation and that I would be a perfect fit for SPLC. Leamer encouraged me to reach out to the organization and offered to recommend me to Mr. Dees," McCrary said. "I applied for an attorney position the following week. I did not receive a reply for several months. In April 2014, I had my first interview…the process was intense. I went through four interview sessions with approximately 30 individuals. I was offered a staff attorney position a month later and began working for the organization in July."

Her work at the SPLC is 100 percent focused on mass incarceration. "Since arriving at SPLC, I've been working on a class action lawsuit against the Alabama Department of Corrections (ADC). I am very passionate about criminal justice in Alabama. The work that I do is exactly what I've always wanted to do."

McCrary is excited about returning to UAH and the opportunity to be the keynote speaker for the annual Martin Luther King, Jr., program. "We live in a generation where people are generally less socially conscious than in the past. As a society, we find ourselves more technologically advanced, but less socially connected to our neighbors and communities. This lack of awareness has, in my opinion, led to a complacency and sense that we as a society have arrived to a place of racial and social equality. We have not. Real change is a long term investment that requires thoughtfulness, sacrifice, and people who care."

McCrary is the author of several publications including "Suffering from Past Evils: How Alabama's 1901 Constitution Played a Hand in the 2008 Presidential Election," (Berkeley Journal of African-American Law and Policy), "Grassroots Drug Court Policies have Significant Impact on Rural Blacks: Alabama's Ongoing Concern for Equal Protection Under the Law," (The International Journal of Punishment and Sentencing), "Make It Count: Practical Ways to Make a Lasting Impression" (Law Practice TODAY), and a legal how-to guide entitled Conquering the Fear of Starting Your Own Practice as a Newbie.

McCrary's daughter, Charisma, is now 12 years-old and wants to be a teacher. "She loves science, and easily outsmarts her mother. As for my next steps, I try to embrace every moment daily. I've experienced so many great things over the years and have been blessed with opportunities that I never imagined. In the future, I hope to spend more time writing and reinvesting in the next generation of young minds through teaching and mentorship."

***EDITOR's NOTE: Latasha McCrary will be the special guest speaker for the UAH Office of Diversity Community Forum, "Let's Continue the Conversation The Color of Law: Mass Incarceration and Prison Privatization" on Thursday, Jan. 28, at 6 p.m., in the UAH Charger Union Theater. This event is also co-sponsored by the Huntsville Area Inclusive Community Initiative, in conjunction with the City of Huntsville's Office of Multicultural Affairs and The Human Relations Commission. Free and open to the public.