Project Title: A Study of Cosmic Ray Trajectories Around the Surface of the Heliopause

Voyager 1 (V-1) crossed the heliopause in 2012 August, gathering measurements of particle flux as a function of time. With this data, heliophysicists have observed anisotropy in the flux of galactic cosmic rays (GCRs); following the St. Patrick solar event in 2013 March, they calculated small increases in the flux of higher-energy GCRs as well as linear depletion of GCR flux for particles with energies above approximately 200 MeV as the particles approached perpendicular pitch angles (Kóta & Jokipii, ApJ, 2017). Given these observations, the motivation for studying this anisotropy is to attempt to explain the lack of gyrating particles outside the heliopause with pitch angles approximately perpendicular to the magnetic field in relation to streaming particles with pitch angles approximately parallel to the magnetic field. In this project, we adapt existing code in order to create a model of the outer surface of the heliopause superimposed with the calculated trajectory of a GCR with respect to a given starting point in the model. The model predicts a trap in close proximity to the heliopause. Though traps near the heliopause have been predicted before, there is no observational verification of the trap’s existence (Chalov et al., 2010). Not only will our model help future scientists study the observed anisotropy, but it may be useful for future exploration of questions regarding magnetic traps, pitch angle scattering, and drift-shell splitting.

We examine the magnetic evolution of three eruption-producing solar active regions (ARs), one each from 2013, 2014, and 2017, using data from SDO HMI and AIA. Each of the ARs is relatively small, so that we can follow its entire development during a single disk passage, from birth by emergence through the time of the respective eruptions; the first-, second-, and third-born respectively lived 3, 6.5, and 3 days before eruption. Each AR was relatively isolated, with minimal interaction with surrounding ARs, allowing us to study each AR as an approximately isolated system. CMEs resulted from eruptions in the first two ARs, while the third AR’s eruption was smaller and appeared confined. In each AR, the eruption was seated on an interval of the AR’s magnetic polarity inversion line (neutral line) where opposite-polarity flux was merging together and undergoing apparent cancelation. Our results, together with an earlier pilot study of two ARs by Sterling et al. (2018), and along with recent studies of solar coronal jets, support the view that the magnetic field that explodes to produce solar eruptions of size scales ranging from jets to CMEs are usually built and triggered by flux cancelation along a sharp neutral line.

Terrestrial RaYs Analysis and Detection (TRYAD) is a joint collaboration with UAH, Goddard Space Flight Center, and Auburn University to design and produce two CubeSats to detect and measure Terrestrial Gamma-ray Flashes (TGFs) produced in thunderstorms. These TGFs are the product of Bremsstrahlung radiation originating from the interactions between highly energetic electrons and particles in the atmosphere. Multipoint measurements of a TGF’s orientation and magnitude obtained from two CubeSats will provide vital information necessary to explain how the electrons are accelerated. UAH has two primary roles in the TRYAD project: to create the Science Instrument Package (SIP) which will act as the gamma-ray detector of the CubeSats and to design the Data Acquisition board (DAQ) that will power and read the output of the gamma-ray detectors.

Magnetic energy dissipated in coronal loops heats the Sun’s corona to millions of Kelvin. Some recent investigations indicate that in addition to the required magnetoconvection and field strength, heating in the brightest coronal loops are driven by flux cancellation at the loop-feet. To find coronal loop footpoints, we selected extreme ultraviolet (EUV) data from the Atmospheric Imaging Assembly (AIA) and line-of-sight (LOS) magnetograms from the Helioseismic and Magnetic Imager (HMI), both onboard the Solar Dynamics Observatory (SDO).  We located the footpoints of 28 brightest coronal loops of the bipolar active region NOAA 12712 on 28 May 2018 in hot 94 images (calculated using the Warren et al. method) and confirm the location of these footpoints via non-force free field extrapolations. We examine the photospheric magnetic field in 6” boxes centered at each footpoint and find that ~18% of loops have both feet in unipolar magnetic flux, ~11% loops have both feet in mixed-polarity flux, and ~71% of loops have one foot in unipolar and one in mixed-polarity flux. The presence of mixed-polarity magnetic flux in at least one foot of majority of the brightest coronal loops suggests that flux cancellation at the footpoints may drive heating in them. However, the absence of mixed-polarity magnetic flux (to the detection limit of HMI) in a significant number of the brightest coronal loops suggests that flux cancellation may not be necessary to drive heating in the loops – the combination of magnetoconvection and the magnetic field strength at the footpoints could be responsible for much of the coronal loop heating even in cases where a footpoint presents mixed-polarity.

We report on the entire magnetic evolution and history of magnetic-explosion eruption production of each of seven bipolar ephemeral active regions (BEARs) observed in on-disk coronal holes in line-of-sight magnetograms from SDO/HMI and in coronal EUV images from SDO/AIA. One of these BEARs produced no eruptions. The other six BEARs together display examples of three kinds of magnetic-explosion eruptions: (1) blowout eruptions (eruptions that make a wide-spire blowout jet), (2) partially-confined eruptions (eruptions that make a narrow-spire standard jet), (3) confined eruptions (eruptions that make no jet, i.e., make only a spireless EUV microflare). The seven BEARs are a selected subset of a previously-collected set of 60 random coronal-hole BEARs that were observed, in the same way as the seven, from the advent to the final dissolution of the BEAR’s minority-polarity magnetic flux. The emergence phase (time interval from advent to maximum minority flux) for each of the 60 BEARs had been estimated previously by visual inspection of the magnetograms, for the purpose of finding whether magnetic-explosion eruption events commonly occur inside a BEAR’s emerging magnetic field (as had been assumed by Moore et al 2010, ApJ 720:757). That inspection found no inside eruption during the estimated emergence phase of any of the 60 BEARs. In the new work reported here, for each of the seven BEARs, we obtain a more reliable determination of when the emergence phase ended by finding the time of the BEAR’s maximum minority flux from a time plot of the BEAR’s minority flux measured from the magnetograms. These plots show: (1) none of the seven BEARs had an inside eruption while the BEAR was emerging, and (2) for these seven BEARs, the visually-estimated emergence end time was never more than six hours before the measured time of maximum minority flux. Of the 60 BEARs, in only six was there an inside eruption within six hours after the visually-estimated end of emergence. The above two results for the seven BEARs, together with the previous visual inspection of the 60 BEARs, support that a great majority (at least 90%) of the explosive magnetic fields from BEARs in coronal holes are prepared and triggered to explode by magnetic flux cancellation, and that such flux cancellation seldom occurs inside an emerging BEAR. The visual inspection of the magnetograms of the 60 BEARs showed that the pre-eruption flux cancellation was either on the outside of the BEAR during or after the BEAR’s emergence or on the inside of the BEAR after the BEAR’s emergence.

The Terrestrial RaYs Analysis and Detection (TRYAD) project is a collaboration among The University of Alabama Huntsville, Auburn University, and the Goddard Space Flight Center, whose goal is to develop two cube satellites (Figure 4) to detect Terrestrial Gamma Ray Flashes (TGFs), bursts of gamma rays in the upper atmosphere associated with lightning. The two CubeSats will be deployed in low earth orbit to measure the TGF beam from different locations simultaneously; by determining the beam profile of the TGFs, TRYAD will determine the source mechanism of the electric field that accelerates electrons to create Bremsstrahlung radiation, and ultimately the TGF. UAH is responsible for developing the Science Instrument Package (SIP), which includes plastic scintillators and Silicon Photomultipliers (SiPMs) to detect incident gamma rays, and the Data Acquisition board (DAQ), which provides power to the SiPMs and controls signal processing of their output. This poster will discuss recent engineering progress, specifically, updates to the middle board assembly, DAQ, and breakout boards, as well as preliminary SIP testing.

Pickup ions in the solar wind often form through the process of charge exchange or through the photoionization of interstellar neutral particles. These ions, which include H, He, N, O, and Ne, reveal the characteristics of the local interstellar medium. To study the bulk properties, such as temperature and density, of He+ ions in the solar wind using data from the Solar Wind Ion Composition Spectrometer (SWICS) onboard the Ulysses spacecraft we use phase-space density plots obtained from new particle distribution functions developed by Zhang et al. (2019). These distributions facilitate the investigation of solar wind properties by shifting from the spacecraft frame to the solar wind frame. It is assumed that the distribution function of pickup He+ becomes isotropic immediately after charge exchange. Distribution functions are provided for He+ ions during the time period of the 2003 Halloween solar storms. Further study of the Ulysses mission period is intended, and the results will be useful for model validation as well as analysis of data from Parker Solar Probe (PSP) and the planned Solar Orbiter and Interstellar Mapping and Acceleration Probe (IMAP) missions.

Based on observations from spacecraft at 1 AU and ~5 AU, it is strongly suspected that contracting and merging (reconnecting) small-scale magnetic flux ropes (SMFRs) form locally near turbulently reconnecting, strong, large-scale current sheets. Observational data from 1 AU is displayed (Khabarova and Zank, 2017). Detailed kinetic focused and Parker transport type equations have been developed by Zank et al. (2014) and le Roux et al. (2015, 2018) that contain the main SMFR acceleration mechanisms identified in particle simulations in terms of a number of first and second-order Fermi acceleration mechanisms. Analytical solutions to the Parker transport equation have been derived in planar geometry, and solutions emphasizing first-order Fermi SMFR acceleration were able to reproduce energetic ion SMFR acceleration event characteristics observed at 1 AU and 5 AU (Zhao et al., 2018; Adhikari et al., 2019). A similar process is now done in spherical geometry. A full solution is obtained, from which solutions for the cases where first-order Fermi acceleration dominates second-order Fermi acceleration and vice versa are derived. These are all compared to observations from spacecraft at 1 AU. Based on how closely the results from these models resemble the observational data, we are able to draw a conclusion about the impact each type of mechanisms has on the acceleration of charged particles in SMFR regions.

Slitless spectroscopy, also known as slot spectrometers or overlappograms, have the advantage of being able to cover and take data from wide fields of view, unlike traditional slit spectrometers. However, these wide views allow contributions from individual spectra to overlap. Until recently, there was not a successful way of unfolding this data. By controlling and altering the input parameters of inversion, the emission measure as a function of temperature and velocity during the impulse phase of solar flares can be determined. This data will be used to predict the output data of the Hi-C Flare mission, a sounding rocket mission that is planned to be launched during a solar flare in 2023. 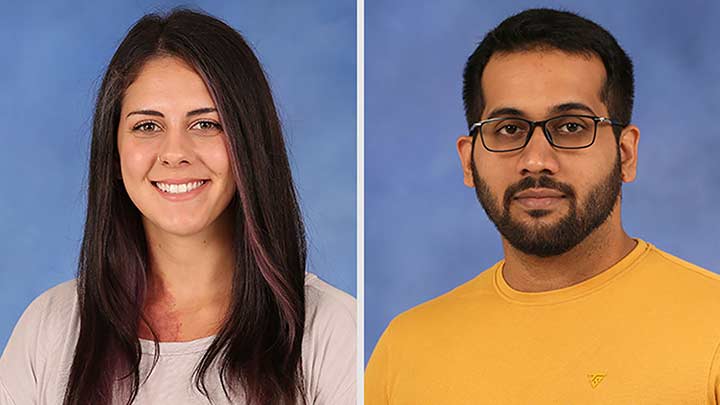 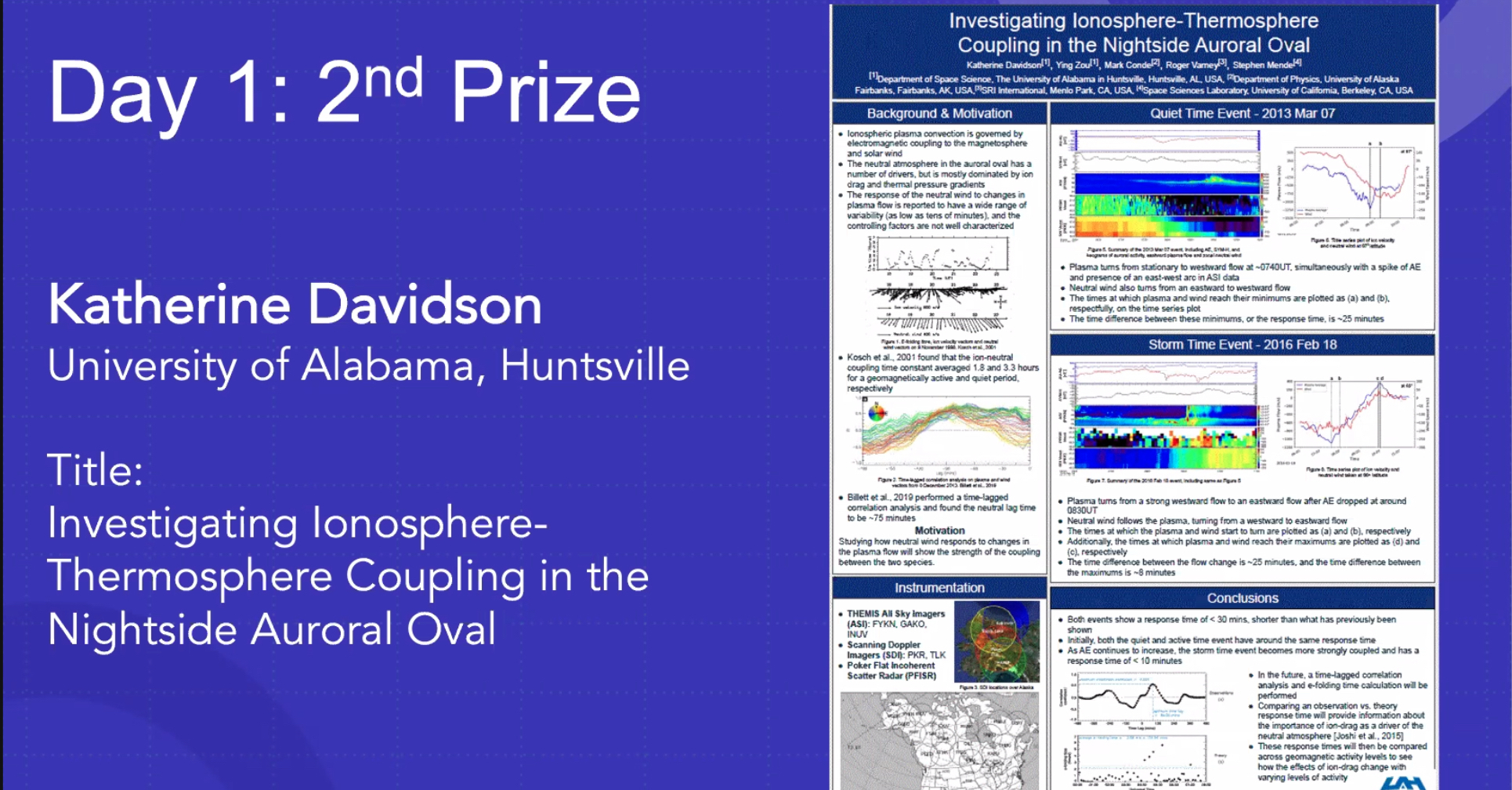 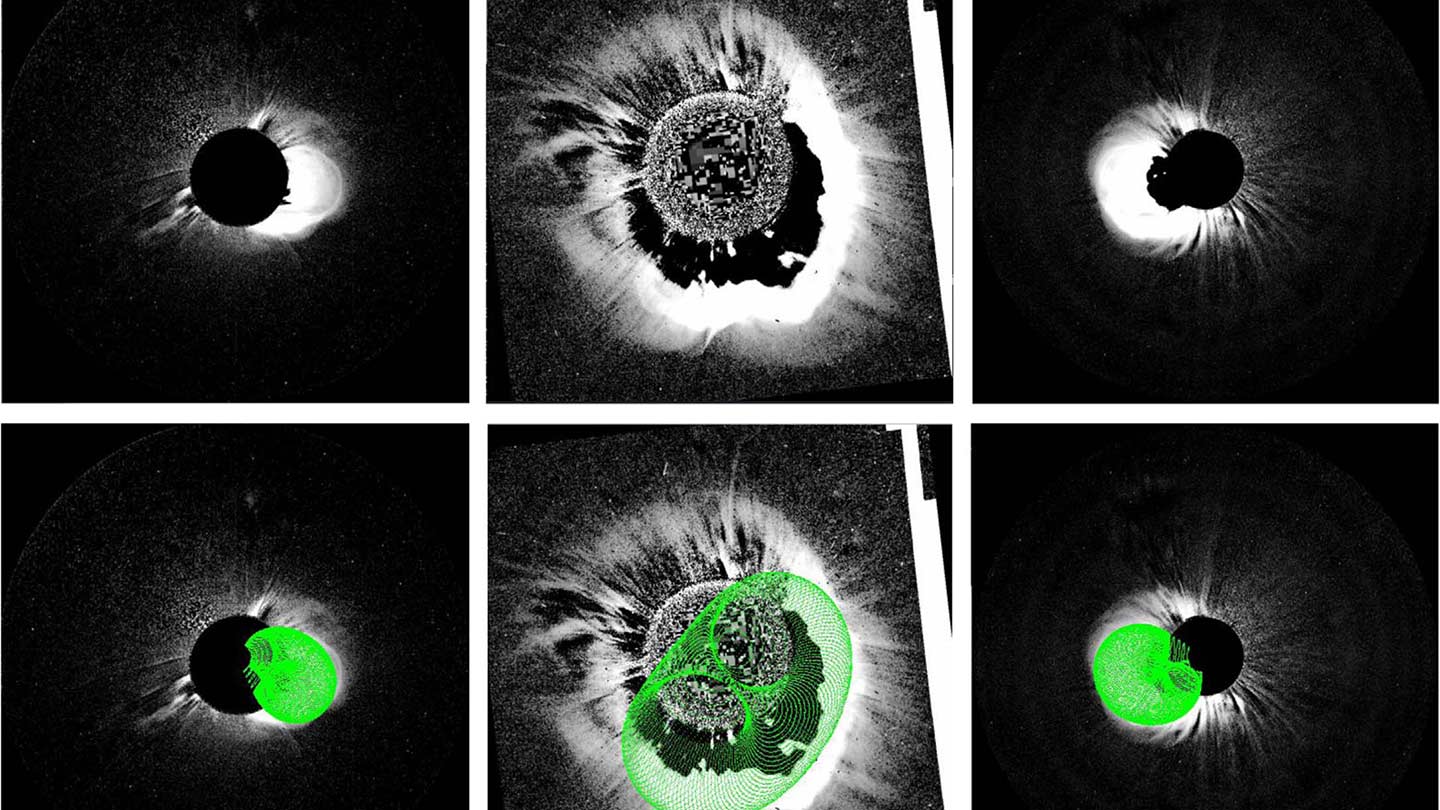 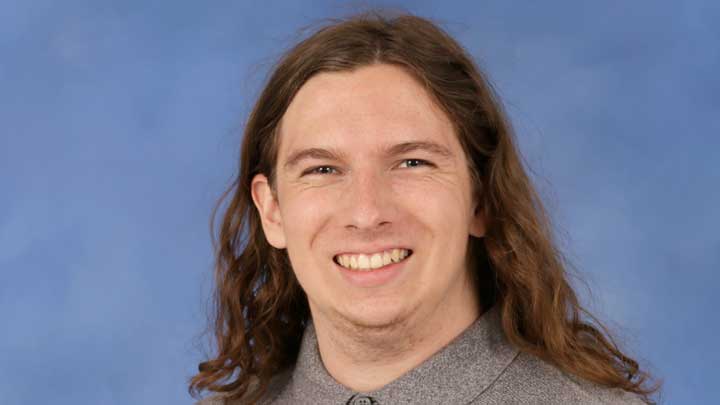