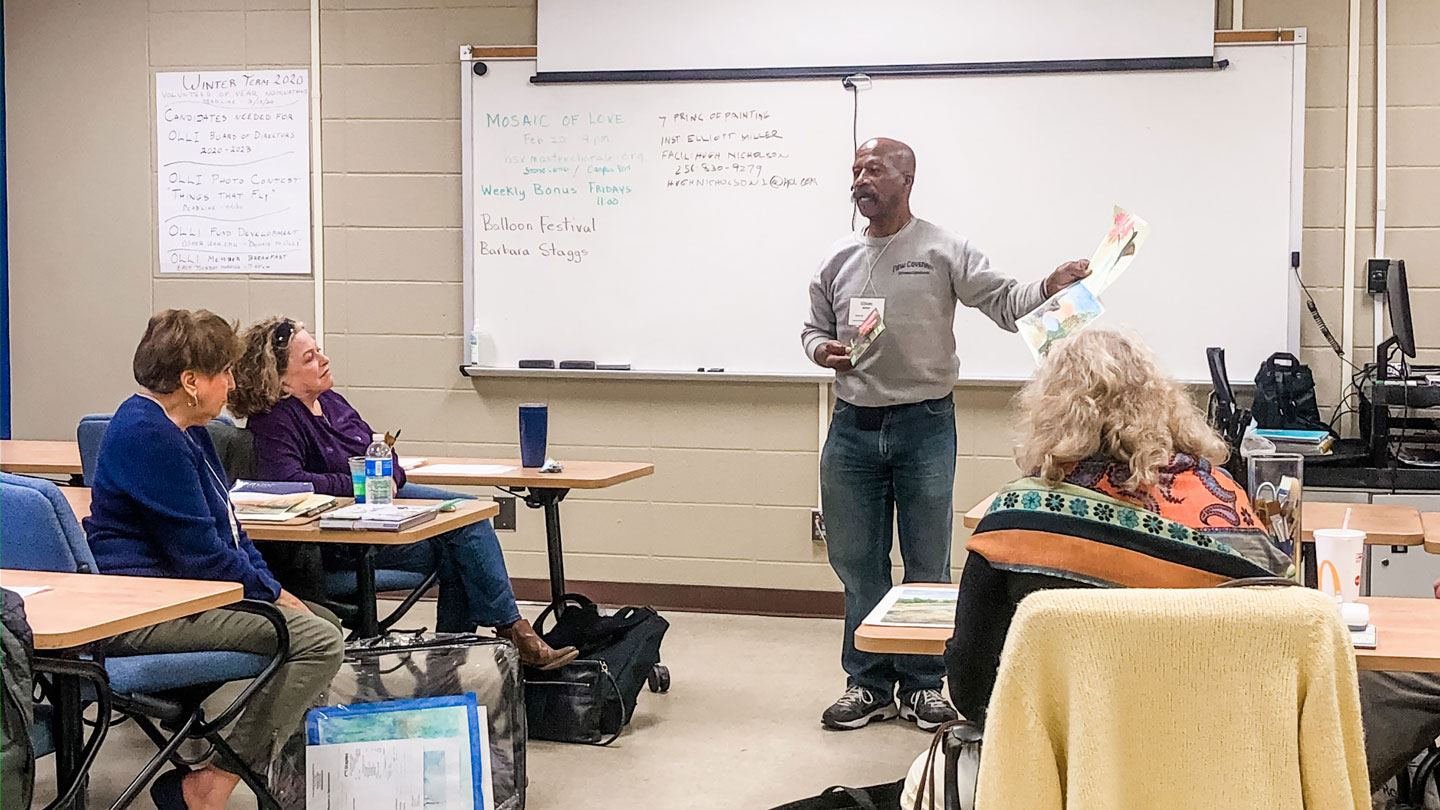 Since the age of 4, Elliott Miller has not been without a paint brush in one hand and some form of canvas in the other. His love of art has been a part of him throughout his 71 years.

New to OLLI, Miller teaches Introduction to Landscape Art where he urges his students to paint their interpretation of what they see as he believes that art, in any form, is an expression of your inner self. According to Miller, if you study the most famous paintings done over the centuries you will find it was the artist’s interpretation that made the painting unique.

Having taught at various Educational Institutions throughout his life, Miller was attracted to OLLI because he wanted to connect with minds that continue to have an educated outlook. He wanted to teach because of his belief that art is a method for breaking down barriers and bringing people together.

The son of a Minister and one himself, Miller considers his artistic ability to be a gift from God and by utilizing his talent, he is honoring God for that gift. 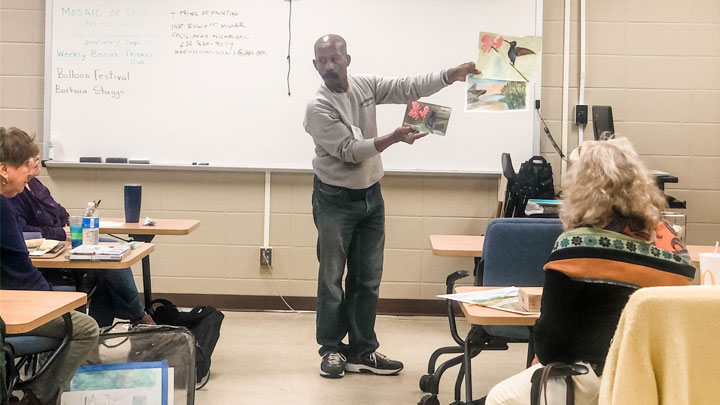 His career has taken him down many paths and given him opportunities to showcase his talent, and that of his students, to some very well-known people including former Presidents George W. Bush and Jimmy Carter. In 2004, he was invited to do a segment on The Ellen DeGeneres Show where he was given an hour to do a portrait of Ellen’s mother. According to Miller, “I was more scared of doing the portrait on National television than I was of meeting two former Presidents”.

For the future, Miller has no plans to slow down. He is currently writing a book based on his life’s experiences as they pertain to his art and career. He hopes to have it publish by the Spring of 2021. He continues to work on an art project that will take him to Europe and he wants to continue teaching art classes at OLLI because Art, like learning, has no age barriers.

To learn more from Elliott Miller, register for his Spring course, Intro to Portrait Art, on Tuesdays at 10:30am. Registration information can be found at https://www.uah.edu/cps/olli. Term registration is open to all OLLI at UAH members. Membership is only $25 for 12-months and the term fee is $99 for up to THREE (3) courses. Join OLLI at UAH and Never Stop Learning!