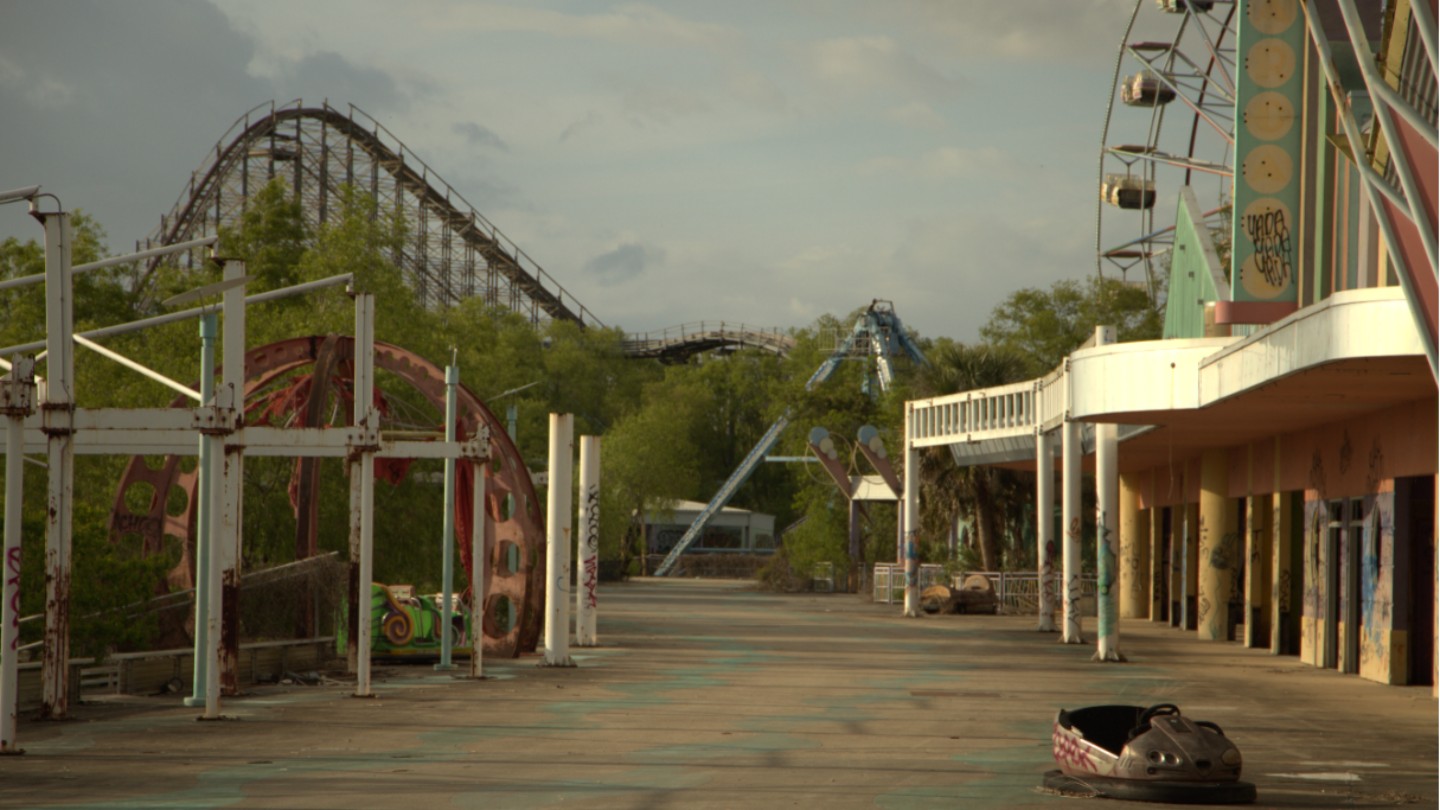 The project tells the story about after Hurricane Katrina battered the Gulf Coast region of the U.S. in 2005, in New Orleans East, Jazzland: Six Flags Over New Orleans flooded beyond repair. The park remains in an ambiguous state.

"I started researching Jazzland in 2009; I thought it would be a documentary story about an abandoned place, but very quickly I realized its connections to a much larger story that was more about the people affected and less about the place itself. So after shooting footage throughout 2019, it became clear that a docuseries format was more ideal to get the story right and do it justice. Audiences today are more attracted to episodic content and that lent me the opportunity to flesh out the story in detail, rather than painting it with broad strokes. Episode 1 "Mythos" introduces the story of the park and its demise but also addresses the haunting elements that remain intertwined with it. Since nothing has been done with the site since Hurricane Katrina flooded it in 2005, it is as if the past and present continue to collide with one another. Episode 1 explores these collisions. There will be a total of four episodes in the series, with Episode 2 coming this fall."

For questions about Film & Media Arts, please get in touch with Dr. Joey Watson jaw0087@uah.edu