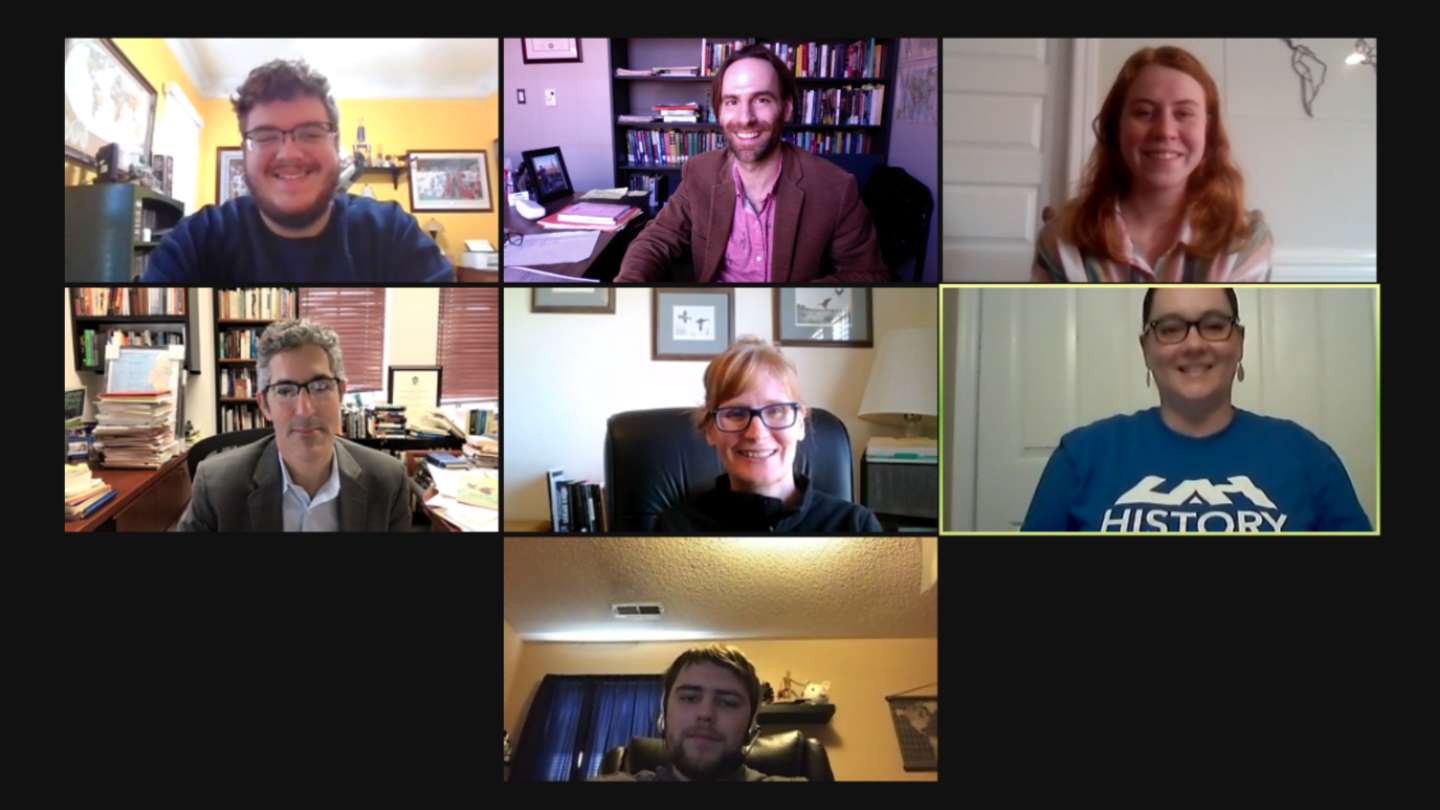 As a part of a digital speakers series visit to UAH, history graduate student Amber Laxson interviewed Dr. Ussama Makdisi (Professor of History and first holder of the Arab American Educational Foundation Chair of Arab Studies at Rice University). They discussed Dr. Makdisi’s book Age of Coexistence: The Ecumenical Frame and the Making of the Modern Arab. They touched on Dr. Makdisi’s academic inspiration, the process of writing the book, and what is next for Dr. Makdisi.

Dr. Makdisi started by describing how the Arab world is unfortunately viewed and represented globally as violent, full of religious feuding and hatred. However, there is another history that contests this representation of the Arab world. Dr. Makdisi’s book Age of Coexistence recognizes this contested history of people who fought against sectarianism and religious violence in an effort to build modern societies that transcend religious and sectarian differences during Ottoman reformation into the present day.

Amber asked Dr. Makdisi how his uncle, Edward Said--author of Orientalism-- influenced his writing and Dr. Makdisi replied that he is, “grateful to be intellectually inspired by Edward.”  Said’s work on deconstructing racist representations of the Middle East, Arabs, and Muslims paved the way for many others to follow in his footsteps. Said challenged future scholars and historians to question these willful misrepresentations of the Arab world, Arabs, and Muslims which has led Dr. Makdisi to dedicate his career to “humanize and historize the region which is in desperate need of.”

Through his book, Age of Coexistence, Dr. Makdisi has shown an unappreciated history, one where Arab thinkers recognized, and embraced, religious differences, fighting against sectarianism in building modern societies.