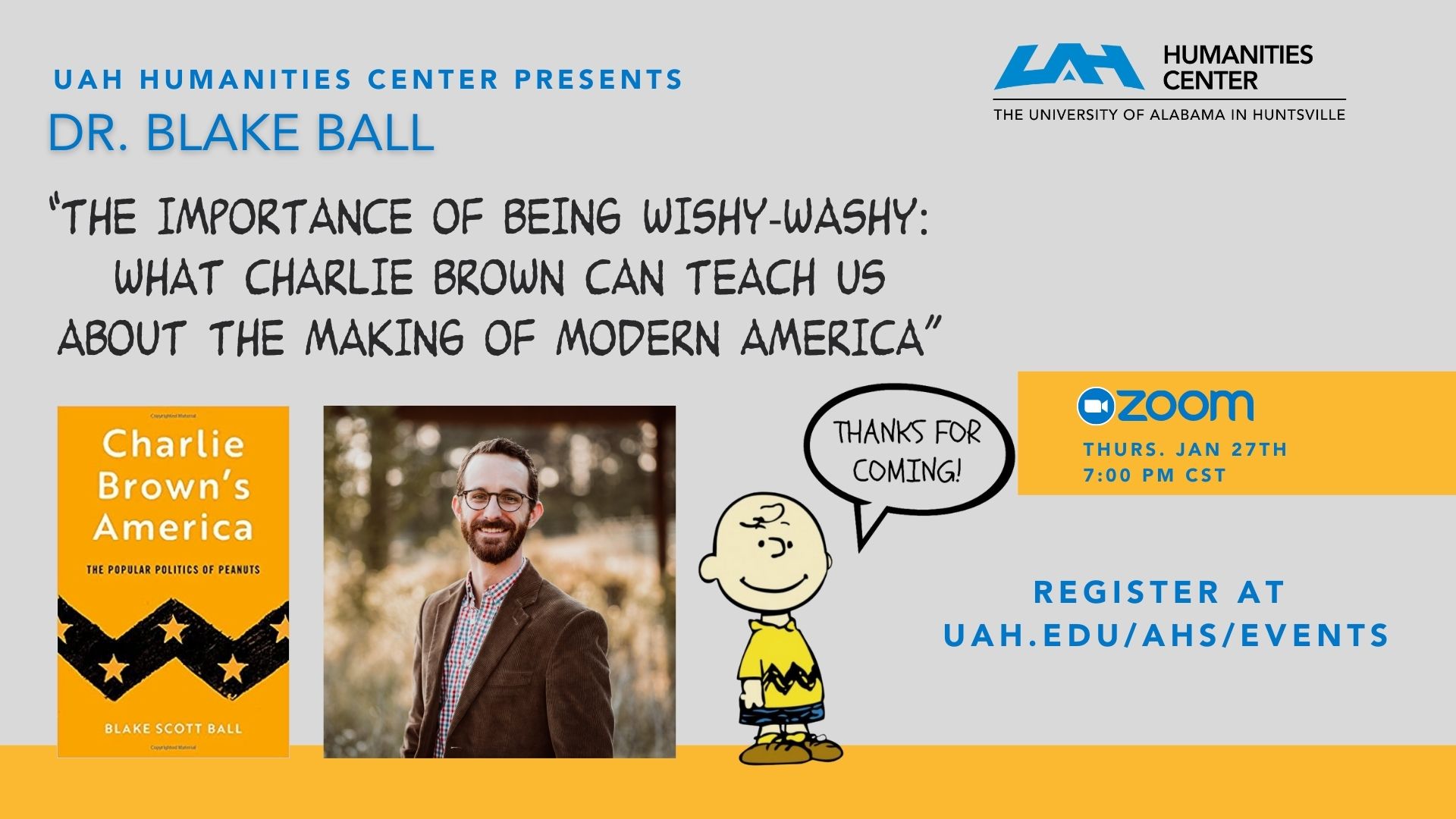 Dr. Blake Ball says that Peanuts works as a window to the public’s perception of the world. In his research for Charlie Brown's America: The Popular Politics of Peanuts, Ball came across pieces of media from all sides. Fans of Schulz's work came from the left, the right, the unaffiliated, and groups that would be, in many other contexts, rivals. One example of which is the regular correspondence between Charles Schulz and Ronald Reagan.

Dr. Ball discussed Reagan’s letters to Schulz as a longtime fan, though he once wrote in to speak on a serious issue. On July 20, 1970, Linus asked Lucy, “What would happen if there were a beautiful and highly intelligent child up in heaven waiting to be born, and his or her parents decided that the two children they already had were enough?” Lucy replied to say, “Your ignorance of theology and medicine is appalling.” The strip struck controversy from all sides, some viewing it as a critique, and others as a show of support for reproductive rights, and Reagan chimed in on the matter to say that the strip had “touched a nerve” and continued to be on his mind. Also in his collection of interesting correspondence with Schulz are Hillary Clinton and Pablo Picasso. Through all of these different avenues, one can see how the intersections between pop culture, politics, and the wider American culture in the latter half of the 20th century all seem to lead back to Peanuts. Like most of America, he also was raised on the Peanuts cartoons, both the funny and more self-reflective strips, and used this interest to spark his research when writing his book.

As our interview began to draw to a close, I asked him to describe to me how he approaches doing research for a new topic such as this. In his answer, Ball likens a historian’s work to seeing a loose thread on a tapestry from across the room and pulling, never knowing where the thread will lead. Sometimes that thread will lead to unraveling half of the tapestry, and others, you can just sit back and enjoy all the paths that thread takes you down. He guessed that if his hard drive were opened up, half of the material he found in his research was never touched upon in Charlie Brown's America. One topic that he does touch on, though, is the impact of Peanuts on the space race of the late ‘60s. In a great tie into Huntsville history, Snoopy was chosen to represent the Apollo program in the aftermath of the Apollo 1 tragedy. According to Ball, the bright face of Peanuts and all that the comic has meant to America over its run time allowed the public to both grieve and move forward. The universal appeal of Peanuts is shown in the constant presence of its many characters across Hallmark cards, elementary schools, college campuses, amusement parks, and now, through Dr. Ball’s book, which he will discuss in the talk presented by the UAH Humanities Center, “The Importance of Being Wishy-Washy: What Charlie Brown Can Teach Us About the Making of Modern America.”