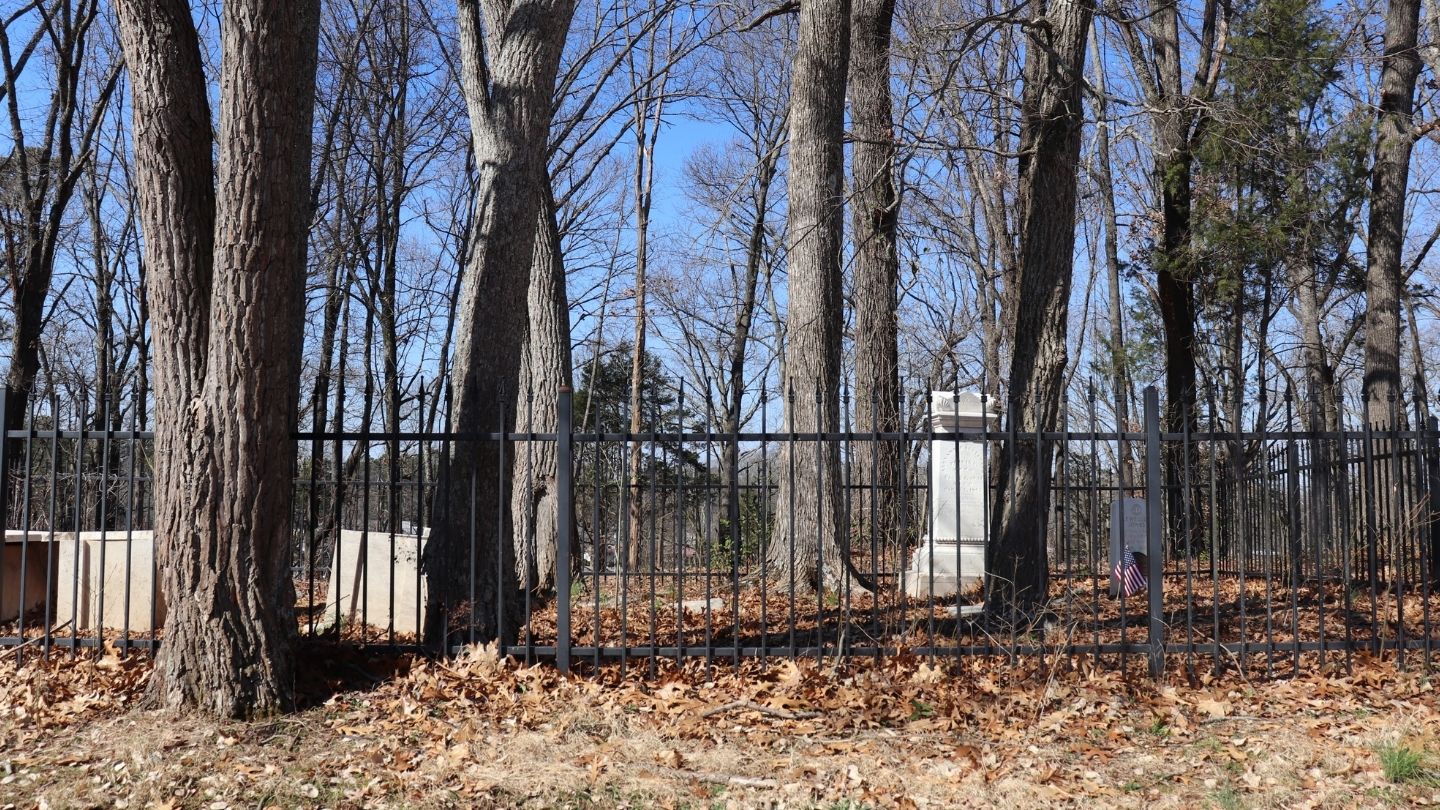 Did you know there is a cemetery on campus? There is! Not only that, but the land that is now UAH was a large plantation in the 19th century. The UAH History Department and the UAH Archives & Special Collections have been researching the Avalon plantation and the Reconstruction African American history enacted on UAH terrain.

Work on this project started with UAH archaeology class taught by Redstone Arsenal archaeologist, Ben Hokensberge several years ago. That class discovered what we believe to be the plantation's main house, which stood between the Nursing Building and Roberts Hall. In 2018 and 2019, two history master's students, Drew Adan and Vaughn Bocchino, both researched the Drakes, 19th-century owners of the plantation, and worked to create a historical marker to indicate the cemetery where Avalon's first owner, Lewellen Jones, is buried as well as the history of the site.

The site has a long history. In 1820, Revolutionary War veteran Lewellen Jones established Avalon, which grew to be one of the largest plantations in Madison County under the ownership of his son, Alexander P. Jones. By 1860, 106 enslaved persons worked the land and lived in 35 houses on the plantation. Following a brief occupation by Union forces in 1862 and the 1867 death of Alexander S. Perkins, Lewellen Jones' grandson, women's suffragists Priscilla and James Drake purchased the estate. The Drakes facilitated parceling portions of the former plantation for sale to the emancipated Jones slaves. After only a few years of ownership, the Drakes sold the plantation and house to the Crawford family, whose descendants sold the land to the Huntsville Board of Education in 1956. The Board of Education transferred ownership to the state and ultimately to The University of Alabama in Huntsville in 1966. "There is a rich, complicated story involving early suffragist efforts, emancipation, family intrigue, and a couple of local universities spanning two centuries that our team has only begun to unearth," Bocchino remarked.

The UAH History Department and Archives and Special Collections are continuing our research related to this history. We are working towards a historic marker trail consisting of 3 historic markers that would designate African American history related to UAH property, formerly Avalon plantation. These historical markers would tell the story of those enslaved on Avalon and the Reconstruction and emancipation stories that unfolded on this land. A historic marker trail of 3 markers along with a self-guided walking trail would honor and acknowledge historically marginalized members of our community and allow us to uncover and contextualize African American history.

We are currently working on research related to the Jones family, which we hope will eventually become one historical marker. The Jones family, a family, enslaved on Avalon, had a rich post-Civil War history. After emancipation, members of the family started the Jones School on UAH property; this was one of the first African American schools in north Alabama. Famed educator William Hooper Councill, who would later go on to found Alabama A&M, taught at the Jones School for at least two years. In addition, some of the Jones's purchased plots of the former Avalon plantation. Reuben Jones owned a blacksmith shop near the Jones School. Shandy Jones, Reuben's half-brother, moved to Tuscaloosa and became one of the first African American legislators in Alabama (Alabama state representative from 1868-1870). We plan to contact Jones family members to conduct oral histories with them, learn more about their experiences and history in Huntsville, and seek their input on the historical marker that might result from this project. In the future, we hope to conduct archaeological testing to identify the site of the enslaved people's cemetery and perhaps also the slave quarters.

We welcome the involvement of the UAH community. We are especially keen to know if this type of work is of interest to UAH students and our community. This is a big project, one which benefits from broad involvement. We have also sought the Huntsville-Madison Historical Society's input and the Alabama Department of Archives and History, and we look forward to working with Alabama's Black Heritage Council as we progress.

We aim for this work to help all of us better understand and come to terms with our history. This project offers UAH and the community an opportunity to learn about, share, and contextualize history and foster education and conversation around it.

Published in Collaboration with the UAH Office of Diversity, Equity, and Inclusion

For questions on the historical research, please contact the Department of History at history@uah.edu.