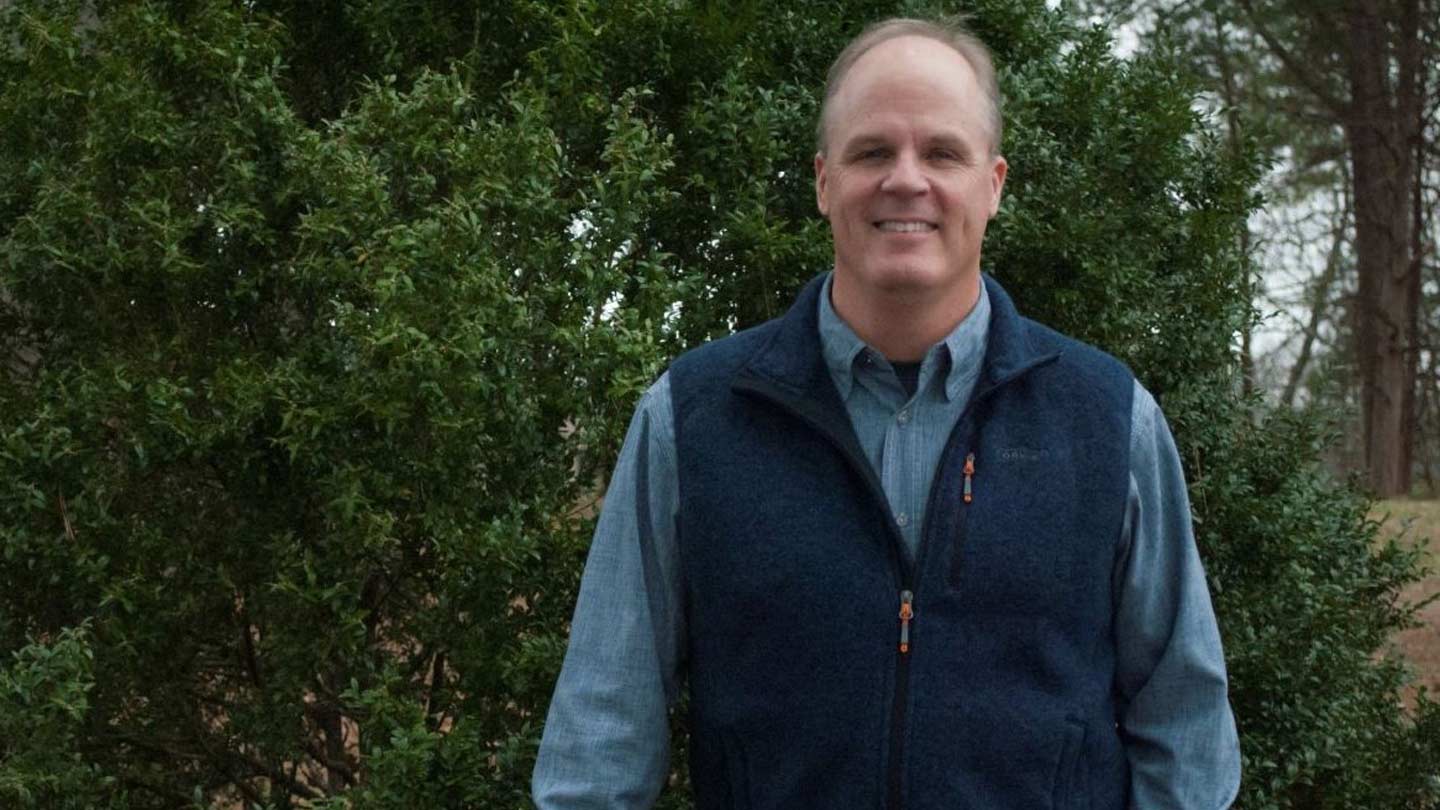 Doug Stogner is currently a graduate student in UAH’s Communication Arts Department. After just a few minutes of talking to him it is easy to see why he was drawn to studying communication. One of the first things you notice about Doug is his true heart for people. He is interested in every person and their individual story. He can often be found in conversation with a classmate or professor and is continually trying to understand different people’s perspectives.

Doug works at a local organization called His Way which is a long-term recovery program in Huntsville, Alabama. His work in this program is actually what motivated him to go back to school. He hopes to be an example to the men in this program and to show them that the sky is the limit. As Doug said, “In the last five years, I really started to think that it was important to finish things... And so I thought going back to school was a good way to show that.”
Doug talks about how fear is often one of the primary things that holds people back. It keeps them from even passing the starting line. He believes it is important to push yourself to try things you thought you never could do. For Doug, this was going back to school. He first went to college in the 80’s, but did not complete his degree because he started a business that turned into a career.

However, now Doug is back in school and has been at UAH for the past three years. In this time, he has completed his undergraduate degree in Communication and is scheduled to finish his Master’s degree with a thesis in June of this year. As an undergrad he was enrolled in JUMP (Joint Undergraduate Master’s Program) which allowed him to take graduate classes while still an undergrad student. Doug highly recommends the JUMP program, saying, “I don't know why anybody wouldn't do JUMP. Even if you're not going into grad school, the jump classes are better because you can take some more advanced classes. And I think that you're in a class with people that take the whole ideal and the class seriously, so you get so much more from it."

Doug will be the first one to tell you he has grown in many ways through the classes in the Communication Arts Department. He says he has especially grown in his ability to plan, put his thoughts down on paper and express himself academically. “Before, I relied on what I thought was talent. Now I rely on learning. It’s a different outlook,” Doug said.

As far as what he has enjoyed the most in the Communication Arts Department, Doug was quick to respond, saying, “I really like the teachers-- the personnel in the department that run the program. The leaders in this department are extremely above average-- personable, down to earth and brilliant. You just can't say enough about the people here. But the other thing is just the experience of closeness that I felt from the students. It’s been the best.”

To someone interested in communication classes at UAH, Doug says, “I think understanding communication is vital to understanding who you are, and how to have a fulfilling career is to be an expert in this field. Not only for people in communication school, but for anybody. I think the classes here can help you in any other field that you go into, so that would be a good reason for students to get interested in this. We have had people come into the classes just for an elective and say this is such a different atmosphere than what I've been used to-- being used to just lectures which can be mundane. But here everybody talks. I feel like we're communicating in here. And I think that's important.”

Overall, Doug views life as a process where we are continually learning and growing. He embodies this concept and is continually challenging himself. Through his studies in the Communication Arts Department, Doug has taken away a key understanding. He said, “To be honest with you, before these classes I didn't realize how important communication is. Interpersonal communication is the foundation of knowing. Knowing the person across from you, knowing yourself and understanding the community you live in and your part in this community.” Studying and researching in UAH’s Communication Arts Department over the last couple of years has helped him to understand the importance of communication and also to discover useful tools that he plans to continue using to help people in the future.